Palestinians are up to ears in debt

Los Angeles Times: By Edmund Sanders:  Rahma abu Hussein can’t help but feel they are moving up in the world. The database engineer and his wife just bought their first home, and it’s large enough for both of their children to have their own rooms. There’s a Hyundai parked outside and a flat-panel TV hangs in the living room, one of many new appliances decking out the place. 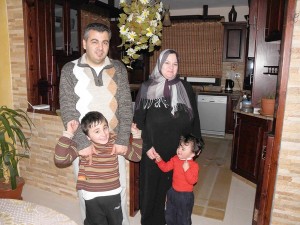 But the Abu Husseins are up to their ears in debt. Their upward mobility, like that of thousands of other Palestinians, came tied to something that was once rare in the West Bank: mortgages and consumer credit.

In recent years, the increased availability of mortgages and consumer loans instead of cash for the middle class has caused personal debt to balloon in the Palestinian territories. It more than doubled, to about $750 million, from 2008 to the end of 2011 and rose 40% over the last year alone, according to figures from the Palestinian Authority.

Most of the increase came from a surge in home loans, which were once available only to the rich or those who could find three people to cosign for them.