The Muslim Times Editor for Pakistan 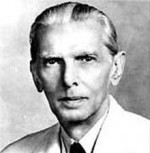 Jinnah: The Founder of Pakistan 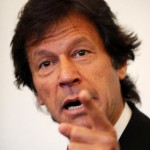 Imran Khan’s stock has arisen in the past few months with his surging tsunami. But before this tsunami translates into any electoral success, it is imperative to try to put sense into Khan’s political philosophy. His philanthropy – establishing a cancer hospital and a university – is a great contribution on its own. However, his charitable effort may eventually be of no avail to Pakistan if Khan’s appeasement of fanatics remains unchecked.

Khan sahib could recall that in 1921, Muslims of India were in the grip of frenzy under the Khilafat Movement to restore the Turkish Caliph. Under the leadership of Gandhi and Ali brothers, thousands of Muslims abandoned their properties and vocations for Afghanistan because of the senseless mixing of politics and religion. The few Muslim leaders who opposed this madness included Jinnah who derided this as a “false religious frenzy”.

Today, another false religious frenzy is being sponsored across Pakistan. At Defa-i-Pakistan rallies, led by politico-religious groups and including Imran Khan’s PTI party, thousands are demanding jingoism, boycott and reactionary steps in the name of what is mistakenly called honour. The nature of the proclamations at the rallies is similar; retreat into isolationism and perpetuate hostility against India.