Indonesia to have super express train by 2017

Plans to build Indonesia’s first “super-express” train are closer to becoming a reality as the Japanese government offers to foot part of the Rp 60 trillion ($6.5 billion) bill, Ministry of Transportation officials said on Monday. 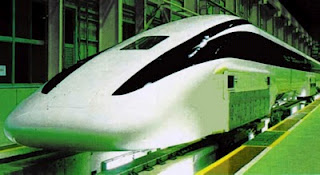 Japan will take the first step toward financing part of the project by funding a feasibility study, Indonesia’s Ministry of Transportation Tundjung Inderawan said. The study could take as along as two years to complete, putting the railway’s completion date some time in 2017 or 2018.

The train will connect the two cities, traveling the 144 kilometer distance in a speedy 30 minutes. It currently takes three hours to travel the route by train and one to two hours to cover the same distance by car. Read more