The most remarkable thing about the Ahmadis’ “place of worship” is the silence. There is no azan; nothing identifying these spaces as houses of worship on the outside. People go in quietly for their prayers and rush to leave once they finish.

By law, the Ahmadis – followers of Mirza Ghulam Ahmed – cannot call themselves ‘Muslims’ in Pakistan. The second amendment of the Constitution in 1974 had already taken away the right of this small sect to be called Muslim. Later in 1984, under the dictator Zia ul Haq, Ordinance XX was passed – which prevents Ahmadis from publicly practicing their religion. Among other strictures, they cannot call out the azan or refer to their prayer house as masjid – punishable with three years in jail and a fine. And so, “places of worship”.

The Constitution promises the Ahmadis equal citizenship, but they have to declare themselves as non-Muslim to vote. Those who do not wish to do that, cannot vote. Mirza Ghulam Ahmad, who headed the sect (he founded it in Qadian in Gurdaspur in Punjab in 1889), has been vilified as a British stooge and an agent of imperialist powers and Israel. The Ahmadis are also called Qadianis as a result, and there have been outbreaks of communal violence in 1953 and 1974 in Pakistan, aimed at declaring them non-Muslim. According to their detractors, the Ahmadis did not profess to believe that Muhammed was the last Prophet. 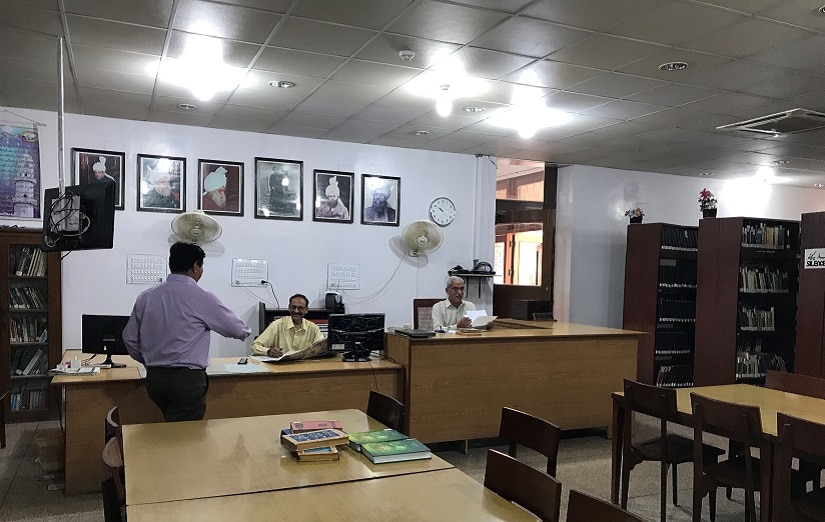 Men from the Ahmadi community at a library in Rawalpindi, Pakistan; on the wall behind them are framed photos of their religious elders. REUTERS

The Ahmadi community is perhaps the most endangered minority in Pakistan and is at the vortex of mindless violence – they are often killed or attacked on the slightest pretext, their mosques bombed and cases filed against them for violating the law. Many of them conceal their identity, are in hiding, or go abroad to escape harassment and this fact has been used by the courts to target them for misrepresenting facts.

Now, a new court order on 4 July 2018 by Judge Shaukat Aziz Siddiqui of the Islamabad High Court seeks to add the tag of ‘Ahmadi’ to their names so they can be easily identified. The judgement says, “Qadianis should not be allowed to conceal their identity by having similar names to those of Muslims, therefore, they should be either stopped from using name of ordinary Muslims or in the alternative Qadiani, Ghulam-e-Mirza or Mirzai must form a part of their names and be mentioned accordingly [sic].”

The court passed the order on a bunch of petitions, including one filed by the Tehreek i Labbaik Ya Rasool Allah (TLP) through its member Markazi Majlis-e-Shura. Last November, this obscure organisation led by Khadim Rizvi (also the leader of TLP) spearheaded an agitation at Faizabad, with other groups like Sunni Tehreek, which paralysed the capital and Rawalpindi for three weeks. They were protesting a seemingly minor slip- up in the new Elections Act, which they felt had diluted the provisions related to the belief in the finality of Muhammed as the last prophet. The law minister Zahid Hamid had to resign to appease the fractious mob.

These petitions were filed after that incident to make sure no one doubted the absolute finality of Prophet Muhammed as the last prophet, and to restrict more freedoms for the Ahmadis who supposedly didn’t believe in it and who — it was feared — could sneak into positions of power by hiding their true identity. One of the demands of the petitioners in this case, was a prayer for a separate database of Ahmadis in the civil service so they may not be posted in offices involving sensitive matters. Another demand sought a direction from the court to “ban those NGOs which are spreading secular thoughts in the country”.

Worse still, the government will have to prepare a list of the Ahmadis; the last census in 1998 recorded 2,86,212 all over Pakistan. The government had no data to show for those in the civil service, further dismaying the court. 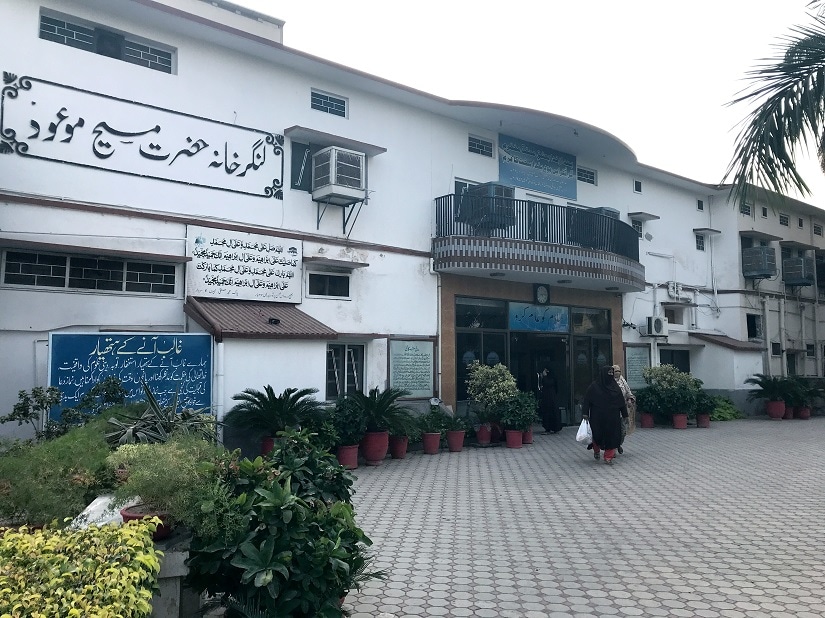 Women walk out of a community centre and hostel building of the Ahmadi community in Rabwah, Pakistan. REUTERS

To correct this, the court has ruled that an affidavit saying you are a Muslim or non-Muslim as the case may be (which is already required for the national identity card, passport, birth certificate and voter list), must be made a requirement for appointment in all government and semi-government institutions, especially the judiciary, armed forces and civil services.

The Ahmadis rarely make their voices heard for fear of reprisal. It is left to public-spirited citizens to campaign for their rights. Yasser Latif Hamdani, high court advocate, author and a visiting fellow at Harvard Law School’s Human Rights Programme this year, said ‘The Islamabad High Court judgment crosses the first threshold of genocide by not only creating further curbs but by levelling a series of accusations against Ahmadis (and even telling them that they should be forced to write a derogatory Mirzai or inaccurate Qadiani at the end of their names). This is like the yellow star in Pakistan. The international community must act before there is genocide of Ahmadis in Pakistan.”

He pointed out that the constitutional purpose of the Second Amendment and Article 260(3) of the Constitution’s definition of a Non-Muslim is limited to its application to the offices of President and Prime Minister as well as the Council of Islamic Ideology — which are reserved for Muslims. Hamdani said for every other government job, judiciary and armed forces there is no bar constitutionally against non-Muslims. This judgment goes beyond that framework and requires that all non-Muslims now submit affidavit of their religious beliefs for government jobs, judiciary and armed forces — which, in the case of Ahmadis, would expose them to severe discrimination as well as the possibility of being targeted. It would like Nazi Germany for them, he remarked.

Given that Ahmadis were promised specifically by none other than the founder of the nation,  Jinnah, in 1947 that their status as Muslims would never be questioned in Pakistan since religion would be a personal matter, Hamdani said the Second Amendment by the Pakistan People’s Party (PPP) in 1974 was wrong, as it was historically and ethically only applied for the purposes of the law and Constitution (kind of analogous to the status of Sikhs or Jains, as Hindus for the purposes of family law under the Indian constitution).

It would be a mistake to see this judgment in isolation, feels Reema Omer, international legal advisor, South Asia Programme, International Commission of Jurists, adding that there is a long history that has led to this situation, including the second constitutional amendment and offences against religion in the Penal Code introduced in the 1980s that prohibit Ahmadis from “posing as a Muslims”, and the 1993 Supreme Court judgment in Zaheerudin vs the State which upheld the validity of laws that criminalise the expression of religious beliefs by the Ahmadi community.

The judgement uses rhetoric and prejudice to further marginalise and endanger the Ahmadis, she said and the court’ s directions have no basis in law and violate a number of constitutional safeguards including freedom to profess religion and equal protection under the law, as well as Pakistan’ s legal obligations under under the International Covenant on Civil and Political Rights (ICCPR).

On the question of appeal, Omer said given the highly charged political climate and sensitivities surrounding this issue, it is also questionable whether the Federation and the government of Pakistan — the respondents in the case — would appeal the judgement. An impartial and independent Supreme Court has ample grounds to overturn such a flawed judgement, she felt but as is the case in a number of blasphemy related cases in Pakistan, the threat of violent reprisals — including for judges and lawyers — greatly compromise the fairness of judicial proceedings and chances of justice.

In the event that the Pakistan government may not ensure adequate protection for the Ahmadis, it is left to the international community to do so. Yasser Latif Hamdani says Pakistan should be made accountable under ICCPR and the UN Declaration of Human Rights (which was in part drafted by Pakistan’s own representative).