Why the World Bank has no real intentions of reducing poverty

The Global Post.com: Joel Elliott: WALTHAM, Massachusetts — It’s time for the World Bank to stop pretending significant progress is being made in reducing extreme global poverty. The self-congratulatory report it issued recently claimed it had achieved its stated goal of cutting global poverty in half. This was extremely misleading at best. 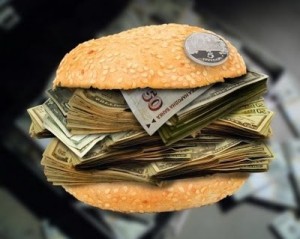 This goal (the first of the eight Millennium Development Goals) was originally announced as being to cut in half the total number of people living in extreme poverty by 2015. When it became obvious that the economic policies of the Bretton Woods Institutions of the World Bank, the International Monetary Fund and also the World Trade Organization would never allow for that to happen — because they were not intended to reduce global poverty, as will be explained — the UN General Assembly redefined the goal as being to cut in half the proportion of the global population of those living in extreme poverty. This redefinition enabled the World Bank to put forth the illusion of progress when none was actually occurring.

Thomas Pogge, Director of the Global Justice Program and a professor of philosophy at Yale University, is deeply skeptical both of the World Bank’s findings and its methodologies. In his 2010 book, Politics as Usual, Pogge argues that, besides the troubling redefinition of MDG1, the World Bank’s methods of calculating consumer price indices (CPI) and purchasing power parity (PPP) fail to count many people who actually are experiencing extreme poverty, which is defined as living on less than $1.25 a day.

“It’s a massive crime against humanity,” he said in an interview. “How can this be? How can people be less and less poor, and more and more people are hungry?”

Tagged as: Poverty and Hunger