Religion helped the Human Brain to Evolve-Research: A Divine Creator who Cares 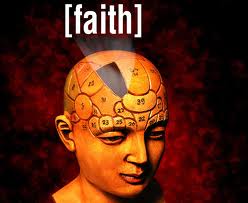 In other words, whether or not God or Gods exist, religious belief may have been quite useful in shaping the human mind’s evolution.

“The main point is that all these brain regions are important for other forms of social cognition and behavior,” said Jordan Grafman, a National Institutes of Health cognitive scientist.

In a study published Monday in Public Library of Science ONE, Grafman’s team used an MRI to measure the brains areas in 40 people of varying degrees of religious belief.

People who reported an intimate experience of God, engaged in religious behavior or feared God, tended to have larger-than-average brain regions devoted to empathy, symbolic communication and emotional regulation. The research wasn’t trying to measure some kind of small “God-spot,” but looked instead at broader patterns within the brains of self-reported religious people.

The results are full of caveats, from a small sample size to the focus on a western God. But they fit with Grafman’s earlier work on how religious sentiment triggers other neural networks involved in social cognition.

That research, published in March in the Proceedings of the National Academy of Science, suggested that the capacity for religious thought may have bootstrapped a primitive human brain into its current, socially sophisticated form.

Grafman suspects that the origins of divine belief reside in mechanisms that evolved in order to help primates understand family members and other animals. “We tried to use the same social mechanisms to explain unusual phenomena in the natural world,” he said.

The evolution of our brains continues, said Grafman. “The way we think now is not the way we thought 3,000 years ago,” he said. “The nature of how we believe might change as well.”