David Cameron said the Syrian regime was guilty of “medieval barbarity” as President Bashar al-Assad’s forces were accused of mass killings in the city of Homs. 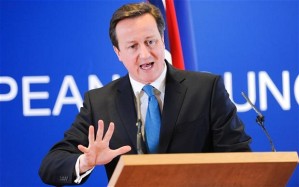 As snow fell over the war-shattered city, the regime broke an earlier assurance and prevented the International Committee of the Red Cross from entering the district of Baba Amr to distribute food and medical supplies. Reports of executions and the wholesale arrest of suspected opponents of Mr Assad suggested a possible motive for closing the area to outsiders.

Ten men were lined up and shot by soldiers outside a government co-operative selling subsidised food, which is now being used as a detention centre, said opposition activists. The Syrian Observatory for Human Rights, a London-based group, confirmed 10 deaths in Homs, but said the circumstances were unclear. Meanwhile, the UN High Commission for Human Rights said the “summary executions” of 17 people had been reported in Baba Amr. Activists spoke of soldiers going from door-to-door, arresting all males of military age.

After waiting for most of the day, a team from the ICRC and the Syrian Arab Red Crescent, its local affiliate, was barred from entering Baba Amr, placing the regime in breach of a statement passed unanimously by the UN Security Council calling for free access for aid workers. Baba Amr, once a rebel stronghold, suffered 26 days of continuous bombardment and the severing of electricity and water supplies, before its capture by government forces on Thursday. “It is unacceptable that people who have been in need of emergency assistance for weeks have still not received any help,” said Jakob Kellenberger, president of the ICRC.