Tortured and burned at the stake by the tens of thousands, Germany’s alleged witches have been largely forgotten. But thanks to efforts by a small group of activists, a number of German cities have begun absolving women, men and children who were wrongly accused of causing plagues, storms and bad harvests. 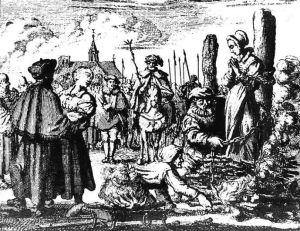 It began with the trial and execution of an eight-year-old girl for witchcraft in the spring of 1630. Compelled to name others involved in an alleged nighttime dance with the devil in the German town of Oberkirchen, young Christine Teipel’s confession sparked a wave of fingerpointing and subsequent trials. Within just three months, 58 people, including 22 men and two children, were burned at the stake there.