Cultural conflict between Muslims and Christians in Italy

About 600,000 Muslims live in Italy legally but it is hard to estimate the large numbers of illegal aliens. Most of these Muslims come from countries in the 10/40 Window, particularly Tunisia, Libya and Albania. Many speak the Italian language well, attending schools and working in factories throughout the country though a larger number live in Northern Italy.

Many Arabs from North Africa and the Middle East believe that Islam is the absolute truth and consider it their duty to promote their religion in Italy. However after the September 11 terrorist attacks in the United States, Islam received much attention in the Italian media. Many traditional Muslims found it difficult to reconcile their Islamic beliefs with the cruelty of certain Muslim fundamentalists.

There are over 100 mosques in Italy, 65 of which are in the North. Italian Muslims are increasingly gaining official recognition, which helps them open mosques and Islamic schools. Many Muslims who originally migrated to Italy are now successfully bringing their families to Italy while others are marrying Italian women. In Italian schools, the majority of non-catholic students are Muslim. Cultural misunderstandings and differences between Muslims and Italians are increasingly leading to social tensions. Recently, some Muslims have requested that all crucifixes be removed from Italian classrooms.
Equipping Believers in Italy

During the last decade, Italian churches have started equipping believers in order to effectively evangelise Muslims yet these efforts are terribly small compared to the need. There are very few full-time missionaries who work among Muslims in Italy, and those who do have difficulty coping with all the demands that are placed on them. read more 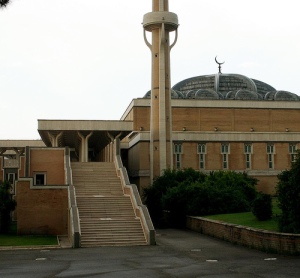