Being Jewish in Indonesia

Being a minority of about 10 in a predominantly Muslim country of almost 250 million people is truly being a minority. My National Identity Card lists me as a Christian, since every citizen is required to profess one of six prescribed religions by law – none of which is Judaism. 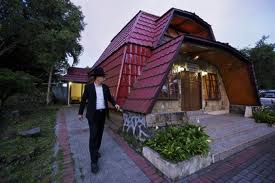 In 1997, there were only 20 Jews in Indonesia, some of them in Jakarta and a few in Surabaya where a synagogue was maintained with out any service held in it.

I am one of a handful of Indonesian Jews. My father is from Solo, and is Javanese in every way. My mum is a Dutch Jewess. They met in the wild 60s, when partying in Singapore. They fell in love, married against the wishes of both families, and parented three children. My father was pragmatic and educated us in both Islam and Judaism. We are literate in Hebrew and Jawi. At 10, I was as comfortable reading the Kaddish as I was performing the Sholat. My sisters became Muslim, while I decided to remain a Jew. By the 1980s, the number of Jewish Indonesians had dwindled. Most had emigrated to Australia, or had intermarried and professed a new religion.

When I was young, we spent the High Holy Days in Singapore and Hong Kong. Being Jewish was being different, but we went to synagogue openly and proudly. We were always aware of the police patrol cars on Waterloo Street or Robinson Road. Still, the police never dampened the joyousness of a Purim, or the sobriety of our Kol Nidre. But things are different in Indonesia, where Israel is viewed as an aggressor and routinely singled out by Indonesian students for condemnation in mass rallies. The Synagogue in Surabaya was the centre of protest of a 1000 strong mob a few years ago – only the timely intervention of riot police saved it from desecration. I thought of poor aunty Rivka who looks after the synagogue and adjoining cemetery. It was a traumatic experience, although she was none the worse for wear the last time I called.