What happened at the UNGA on Thursday, though no surprise, is a significant diplomatic defeat for Israel. It is significant because Jerusalem itself tried to stave off the move, and some senior officials talked in realistic terms of being able to get a bloc of 40 or 50 states, the so-called quality democratic states, to either abstain or actually vote against the move.

Had Jerusalem taken the line three months ago that it took three days ago when senior officials dismissed this whole maneuver as sound and fury signifying nothing, the defeat would have been less stinging. But the hurt at the loss corresponds to the height of the expectations, and there were expectations that the EU as a bloc might actually abstain, as would other key democracies like Japan, and that more nations – perhaps Australia – might even be convinced to vote against. 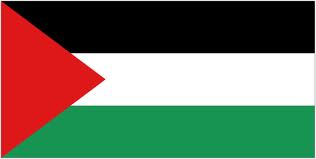 That these efforts failed forces one question: Why?

There are two main reasons: The first has to do with the recent battle with Gaza, and the second with the settlements and the overall stagnation in the diplomatic process.

Regarding Gaza, Operation Pillar of Defense – and the fact that PA President Mahmoud Abbas emerged as one of the main losers of the crisis – helped sway the world’s democracies in his direction.

The EU, which has bet on Abbas and the PA to the tune of billions of euros, cannot sit by and just watch him and the PA tumble. European leaders have said for years that more must be done to prop him up, and those calls became deafening following the Gaza conflagration.

Emerging from the Gaza operation looking completely irrelevant, Abbas desperately needed something to raise his stature, and the EU believes a diplomatic victory at the UN is just the thing. Had Abbas been rebuffed at the UN by the traditional democracies, he would really have nothing to show his people. Hamas claimed a military victory, and now – after the UN – he can claim a diplomatic one. Though both victories are Pyrrhic and illusionary, what is important is perception.

The only problem is that a perceived state, a virtual state, is not a real state. A real state has to be tangibly felt, not only seen. It has to have real borders, real authority, real sovereignty.

Israel also faced a diplomatic defeat because it cannot snub its nose at the requests of the EU time after time, and then expect that when push comes to shove, the “quality democracies” will be there to give it diplomatic cover.

The EU took a strategic decision not too long ago to actively and vociferously oppose every instance of construction in the settlements, including in post-1967 neighborhoods in Jerusalem like Ramot, Gilo and Pisgat Ze’ev. Israel took a strategic counter-decision to ignore those protests and complaints. That policy works fine, up to a point – the point where you actually need the EU.

One can argue whether Israel should or should not ignore EU pleas on the settlements, or not pay attention when European leaders demand that Israel take a diplomatic initiative, but one should not be surprised that when this is done time after time, then when Israel looks around hoping to see the EU behind it, it simply won’t be there. Continued construction in the settlements and the lack of a diplomatic initiative have eroded Israel’s diplomatic support in Europe to a degree many may only now realize.

This doesn’t mean that had there been no settlement construction, or had Netanyahu placed a daring initiative on the table, the EU would have been there. Israel would be foolish to count on countries like Ireland, Luxembourg, Spain, Portugal, Belgium, Austria and Sweden in any diplomatic battles in international forums.

But if Germany, Italy, the Netherlands and Bulgaria cannot vote for Israel, that illustrates a larger problem.

One final point about Thursday’s vote. The defeat was not only a defeat for Israel’s diplomacy; it was also a defeat for US diplomacy. US President Barack Obama explicitly asked Abbas not to go through with the move now, to give him some time to get his new Middle East policy in shape following the election. He even pledged to aggressively engage the issue again in the spring, if just given the chance.

Abbas flatly said no. With the US wanting a perception of increased influence in the region at a time of tumultuous change, that bald rebuke has to hurt.

All those who in recent weeks questioned whether Obama would “take revenge” on Netanyahu for the perception that he backed Mitt Romney in the recent US election should now ask a similar question of the Palestinians. Will Obama take revenge on Abbas for poking his finger in the eyes of the US president, and – if so – is the diminished support of a sympathetic Obama worth a UNGA statement on statehood?