I really was not expecting to eat the best lahmacun of my life on the western coast of the United States. (Lahmacun, a sort of thin pizza with minced meat, is prominent in Turkish cuisine.) However Jack’s Bakery, a small family restaurant in the greater Los Angeles area, went beyond all my expectations. Not only its lahmacun, but everything I tasted here were both very delicious and very “Turkish.”……………. 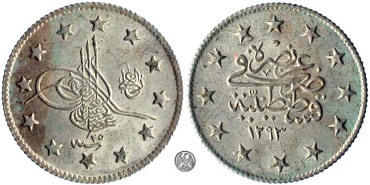 The curious story of Jack reminded me of how Turks and Armenians lived side by side peacefully as neighbors for almost a thousand years, before the dark side of modernity befell upon them. In these times, Turks were considered superior, but thanks to Islamic law they also recognized Armenians as “people of the book.” The Ottoman Empire turned traditional Islamic pluralism into the “millet system,” in which all “millets,” or nations, such as Muslims, Jews or Armenians, had a certain degree of autonomy.

In fact the Armenians were so well integrated into the empire that the Ottoman elite called them “the loyal nation.” Armenian architects were the creators of some of the most beautiful mosques in Istanbul. Thanks to the introduction of full equal citizenship in 1856, many Armenians also joined Ottoman bureaucracy and even the Parliament.