Intrigues to Incriminate Ahmadis in State Rebellion: Story of Failures

It would not be inappropriate to commemorate the sacrifices that the Ahmadiyya community has offered in its commitment for peace and promoting unity in Pakistan and elsewhere. Ahmadis – who have greatly developed the instinct of being peace loving, law abiding, respectful of every nation they dwell in,  affectionate and welcoming to every religious communities they live with, watchful of always defending the integrity of Pakistan & Islam throughout the world, are in fact regarded as traitors, infidels and non-Muslim in their homeland – Pakistan. 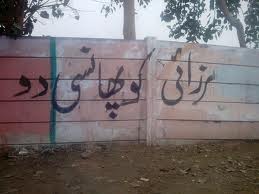 Right from the outset, Ahmadiyyat has produced men of the calibre of Mirza Bashirud Din Ahmad and Sir Zafarullah Khan. When it comes to finances and civil services we find the deeply intellectual Mirza Muzaffar Ahmad and in relation to the field of science we all are familiar with the only Pakistani Nobel laureate Abdus Salam. For rendering sacrifices in the armed forces Ahmadis feature on an endless list with names like Akhtar Hussain Malik, Iftikhar Janjua, Abdul Ali Malik, Munirud Din and many more. Recently, an Ahmadi Major Afzal Mahmood sacrificed his life for the nation in Bajur agency. In the field of arts they are also prominent, giving us eminent names such as Obaidulla Aleem, Saira Waseem and Qalandar Momand.

It is also a remarkable datum that we cannot find a single Ahmadi who has ever worked against the state or was involved in terrorism directly or indirectly.

Despite Ahmadiyya’s clear stance in being loyal to the country and their great role in building the nation, some elements in Pakistan are continuously trying to besmirch them through malicious intrigues. Today is the 14th of April and exactly 13 years ago an Ahmadi Computer Professional – Mirza Ghulam Qadir, aged 37, was kidnapped from his farm situated at the outskirts of Chenab Nagar – then Rabwah. The upcoming lines are a summary of the reports published in newspapers from 14th to 20th April 1999.