An Inside Look At How US Special Forces Got Into Pakistan

Businessinsider.com: With Osama bin Laden dead, al-Qaeda’s capabilities severely diminished, and the United States scaling back operations in Afghanistan, what will President Barack Obama and his successors do with the U.S. Joint Special Operations Command (JSOC)? A look at what they’ve already been doing outside of war zones gives us some hints. 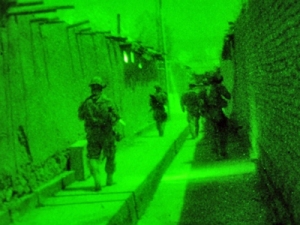 In 2005, for example, a 7.6-magnitude earthquake killed 75,000 people in Pakistan-administered Kashmir. After four solid years of war in the region, the United States poured relief services into Pakistan as a show of solidarity with the nominal ally in the war on terror.

The U.S. intelligence community took advantage of the chaos to spread resources of its own into the country. Using valid U.S. passports and posing as construction and aid workers, dozens of Central Intelligence Agency operatives and contractors flooded in without the requisite background checks from the country’s Inter-Services Intelligence (ISI) agency. Al-Qaeda had reconstituted itself in the country’s tribal areas, largely because of the ISI’s benign neglect.

In Afghanistan, the ISI was actively undermining the U.S.-backed government of President Hamid Karzai, training and recruiting for the Taliban, which it viewed as the more reliable partner. The political system was in chaos. The Pakistani army was focused on the threat from India and had redeployed away from the Afghanistan border region, the Durand line, making it porous once again. To some extent, the Bush administration had been focused on Iraq for the previous two years, content with the ISI’s cooperation in capturing senior al-Qaeda leaders, while ignoring its support of other groups that would later become recruiting grounds for al-Qaeda.
Read more: