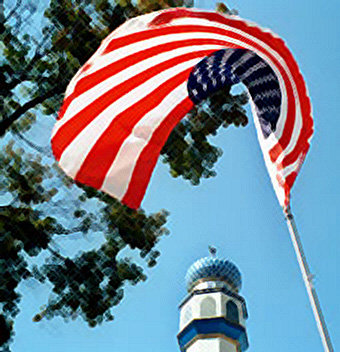 The first bridge is to the influence-centers of American society. In the immediate aftermath of 9/11, there were hardly any Muslims on television saying, “What you just saw was not Islam, it was just evil.” That’s not because Muslims weren’t thinking those things, it’s just that very few of us knew anything about American media or politics. That’s the moment most Muslims realized the bubble was a mistake. Muslims started becoming writers and organizers, and got savvy about media and politics.

Muslims, like every religious community, have a dizzying number of internal differences – theological interpretations, political persuasions, levels of observance, etc. These differences have long dominated discourse amongst Muslims, causing ugly divisions and an unhealthy blindness to the gathering storm from without. But now that the storm is upon us, we are banding together. Muslims of one sort who might otherwise actively denounce Muslims of another sort are now finding themselves supporting one another, all under the canopy of what I call ‘Big Tent Islam.’ There is a blessing to the forces of prejudice being so brutal and blatant: it’s uniting Muslims.