Russia has stepped up demands for Nato to account for civilian deaths from the   air strike campaign which led to the downfall of Libyan strongman Muammer   Gaddafi. 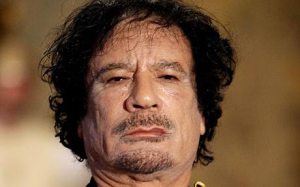 The campaign by Britain, France, the United States and their allies has   severely divided the UN Security Council with Nato’s opponents blaming the   strikes for the failure to condemn Syria’s clampdown on demonstrators. Russia’s UN envoy Vitaly Churkin said he would speak to the UN Security   Council this week about estimates given to The New York Times saying Nato   air attacks this year had killed between 40 and 70 civilians in Libya. Mr Churkin also criticised UN leader Ban Ki-moon for supporting the strikes by   the United States, Britain, France and its allies against Gaddafi targets   after the strongman’s clampdown on opposition protests.

“We hope that NATO is going to revisit this entire problem, is going to   investigate this matter,” Mr Churkin told reporters.

“Unfortunately NATO adopted a pure propaganda stand claiming zero   civilian casualties in Libya which was completely implausible first of all   and secondly not true,” said the envoy.