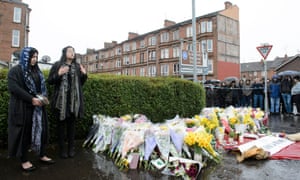 Tributes left at a memorial for Asad Shah, who was killed in what police are treating as a ‘religiously prejudiced’ attack. Photograph: John Linton/PA 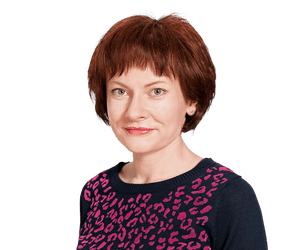 Some of Samia Sultan’s neighbours don’t greet her any more, and sometimes it’s hard for her to understand why. Sultan, a dentist, lives in Glasgow, in an area of the city that is – like most Muslim populations in the UK – majority Sunni. But Sultan isn’t Sunni: she is Ahmadi. And that is the source of the problem.

“My neighbours were fine, but when they came to know I was Ahmadi, their attitude changed,” Sultan explains. It is a bright morning in Glasgow, but the boredom of the school holidays is beginning to bite, and her daughters are impatient to borrow her smartphone so that they can use its stopwatch to time their game. Sultan passes her palm gently over her older daughter’s hair as she sends her back out to play. “They would no longer reply to my greeting As-salāmu ‘alaykum [peace be upon you]” with Wa’alaykumu s-salām [and upon you peace].”

At first hearing, it seems almost negligible; a petty withholding. But this doorstep refusal to return the universal Muslim greeting is blunt in its intended humiliation: a denial of the basic vocabulary of belonging. Sultan shrugs lightly. “We can’t stop it by ourselves and we are taught to bear hardship with patience, so we try to be friendly.” She pauses. “But it is hard. Sometimes you think: what is wrong with me?”

The answer to that question is a complicated one, with roots in theology and Pakistani history. But whatever its origins, it has recently come to seem more urgent than ever. When Asad Shah, a popular shopkeeper living in the multicultural Shawlands area of Glasgow, was fatally stabbed outside his newsagents on the night before Good Friday, the initial local presumption was that this had been a white-on-black hate crime. A candlelit vigil, organised by two local women – one Muslim and one Christian – the day after the killing, was publicised on social media under the hashtag #thisisnotwhoweare.