An American professor is highlighting similarities between the Noble Qur’an and the Bible as a way to clear misconceptions about Islam and Muslims in the world.

“One of the things right off the bat that shocks Christians and Jews very often if they haven’t read the Qur’an much is the fact that there are these biblically affiliated stories and traditions in the Qur’an,” John Kaltner, a professor of Muslim-Christian relations at Rhodes College in Memphis, Tennessee, told Star Tribune.

Kaltner is an associate professor of religious studies at Rhodes College, where he teaches courses on the Bible, Islam, and Arabic. 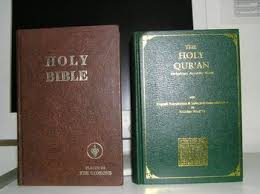