Impurities from the Land of the Pure: Pakistani Beer in America- Good Business 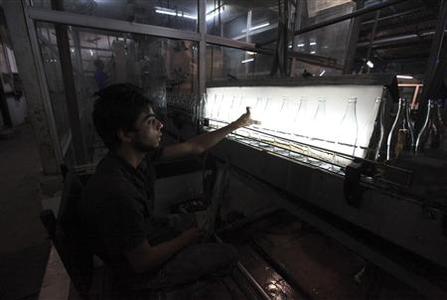 (Reuters) – What have Demi Moore, Bruce Willis, underage drinking and Pakistan’s only beer maker got in common?

It was the arrest of the Hollywood stars’ daughter in New York with a can of Murree Brewery’s beer last June that propelled the company out of obscurity and into the spotlight.

Inundated with emails asking about its beer, Murree Brewery seized on the free publicity to launch expansion plans outside the Muslim nation, where alcohol is banned and those that do drink can become targets of Taliban militants and other Islamist fundamentalists.

Five months since the arrest, the 150-year-old company says it has lined up distributors that could see its flagship beer arrive on liquor store shelves in the United States and Dubai as early as the first quarter of next year.

“Demi Moore and Bruce Willis’ daughter gave us multi-million dollars worth of publicity by default. We plan to go to the United States and make a queue to hug both the daughter and the mother,” Sabih ur Rehman, special assistant to the chief executive, joked with Reuters.