Is Pakistan’s TV evangelism sprouting a dangerous creed of intolerance?

Pakistan’s private television channels offer a host of programs in current affairs and entertainment but in the absence of an effective regulatory body, talk show hosts can get away with murder. 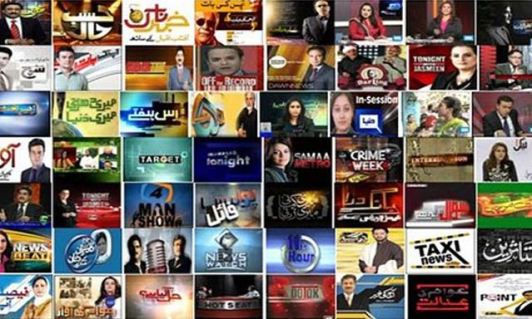 Talk show hosts can get away with murder in Pakistan.

But as print journalists became media superstars, and film actors or super models became household names with day time talk shows, so did religious scholars and Islamization came to the forefront on screens, almost reflecting the rise of anti-American sentiment and religious zealousness that just didn’t have room for tolerance.

One man that stands out among a plethora of talking heads on TV is Aamir Liaquat, whose foray into televangelism began at Geo TV, Pakistan’s largest media house. There, Liaquat held forth on an array of issues, answering queries on seemingly inane matters like whether a prayer mat could be washed in a washing machine to bigger issues on spiritual matter. He was as reviled as he was beloved.

Liaquat has been a subject of intense scrutiny in the media, from his “fake” PhD (allegedly bought online just a few weeks after he reportedly got a Masters degree) to leaked video outtakes in which he was seen cursing profanities prior to coming on camera for a show. He was also hauled up by the police for driving a car with tinted windows in Karachi a few years ago, when it was illegal, but as a then parliamentarian, he was let off scot free, not before the press reported that he was caught with a woman in the car.

Despite the drubbing he received, his popularity was not affected until a show in September 2008 in which he castigated Pakistan’s minority Muslim community, the Ahmadis, The two guest scholars he invited on the show said anyone who called Ahmadis Muslims were “waajib al qatl” (worthy of death).

One day later, an Ahmadi was shot in Sindh, the following day another prominent Ahmadi was killed.

Not everyone brought it. The Asian Human Rights Commission filed a complaint against him saying his cajoling led to the death of the two men following his TV show.