Epigraph: Eyes cannot reach Him but He reaches the eyes. And He is the Incomprehensible, the All-Aware. (Al Quran 6:104)

He is the First and the Last, and the Manifest and the Hidden, and He knows all things full well. (Al Quran 57:4) 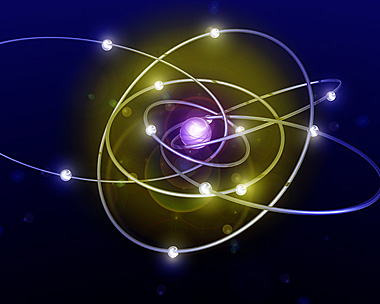 A deist believes God created the universe, but rejects the notion of a Personal God – a God who answers prayers or intervenes in human affairs. Many deists are strict determinist, believing that causality governs the entire universe. Albert Einstein, by his own admission, held such a conception of God, “I do not believe in the God of theology who rewards good and punishes evil.  My God created laws that take care of that.  His universe is not ruled by wishful thinking, but by immutable laws.”[1]

Einstein’s own views resulted from his own remarkable scientific discoveries, as well as that of Newton. Through these discoveries, great technological advancements surfaced and scientists came to believe that determinable laws governed the entire universe.

In turn, Einstein’s strict adherence to determinism lead him to reject the notion of free will: “If this being is omnipotent, then every occurrence, including every human action, every human thought, and every human feeling and aspiration is also His work; how is it possible to think of holding men responsible for their deeds and thoughts before such an almighty Being? In giving out punishment and rewards He would to a certain extent be passing judgment on Himself. How can this be combined with the goodness and righteousness ascribed to Him?”[2]

In 1912, Neils Bohr began research under Ernest Rutherford. Rutherford, by this time, had not only discovered the phenomenon of radioactive half-life but had also revolutionized man’s understanding of the atom. Rutherford postulated that the atom was like a miniature universe with electrons rotating around a positively charged nucleus. Rutherford, however, discovered a problem in his model. If his model was true, the electron should rapidly orbit into the nucleus – i.e. if Rutherford was correct, atoms could not exist and, therefore, nothing could exist. Bohr resolved the dilemma by demonstrating that electrons only occupy various defined orbits. Werner Heisenberg would later corroborate Bohr’s atomic model but would find himself struggling with a new problem of his own.

The Bohr-Heisenberg atomic model implied that there was a level of uncertainty regarding an electron’s location. One night Heisenberg went out for a walk, confused as to how the position of an electron is uncertain. In an epiphany, Heisenberg realized that observation is the key. Called the “uncertainty principle,” he realized that observation of an electron disturbs the electron and therefore it is impossible to know both the position and momentum of a particle. This discovery meant that uncertainty was a fundamental quality of nature and that the future of any physical system at the subatomic level is unpredictable.

Before quantum theory only one aspect of indeterminacy existed, arising from not knowing the “initial conditions.”  If such conditions were known, using Newtonian and Einsteinian physics, everything could be determined.  Scientists believed that these laws applied to planetary motion as well as subatomic particles.

Despite mathematical proofs and experimental evidence, Einstein rejected Heisenberg’s uncertainty principle. Einstein knew that if Heisenberg were correct, extreme determinism was false. For how could determinism describe the universe when it cannot detect the whereabouts and motion of a single atom? For more than three decades, Einstein attempted to formulate a grand model explaining the nature of the entire universe within the paradigm of determinism. But it was not to be.

In fact, on a large scale, such as that of the observable physical world, nature is comprehensible. However, quantum mechanics implies there is a limit to which man can understand reality – at the quantum level, especially, nature is uncertain to some degree.

One should appreciate the power of the idea that the universe operates in a deterministic fashion at some levels, but according to the rules of quantum mechanics is in-deterministic in other scales. To create an orderly observable world not in need of constant intervention, God implemented fixed, discernable laws. Applying these laws to every stage of existence, however, would have precluded the possibility of free will. Quantum indeterminacy allows for free will while allowing deterministic laws to operate on larger scales.

Quantum indeterminacy further allows for a deist to accept the possibility of a Personal God – a God Who can intervene if needed and a God Who answers man’s prayers. In principle, this is what Hazrat Mirza Ghulam Ahmad alludes to, “If God has created the universe, then one can be certain that in keeping with His infinite entity, He would have left innumerable ways to influence the universe so that His divinity is not suspended in any way at any time.”[3]