Babar Qadri, Champion for Kashmir, Is Killed as Violence Mounts

SRINAGAR, Kashmir — On television and in the courtroom, the young lawyer could be a force. Babar Qadri stood as a rare, pugilistic voice arguing on behalf of his native Kashmir, the rocky region long torn between India and Pakistan, on India’s combative and increasingly nationalistic talk shows.

Shouted at, he would shout back. More than once, an angry host kicked him off the air.

On Thursday, Mr. Qadri, 40, was shot to death in his home, making him one of the most high-profile casualties of the violence wracking Kashmir.

Family members said an assailant posing as a potential client shot him in the head and chest in the courtyard of his home in the old part of Srinagar, the capital of Kashmir. The identity of the assailant was not clear, the police said, according to local media. They declined to answer questions from The New York Times on Friday.

Kashmiris on Friday mourned Mr. Qadri as a rare public advocate for his home in a troubled time. One year ago, India tightened its hold on the Kashmir region, and local activists say speaking out has become increasingly dangerous.

“The lion was killed in his den,” said Majid Hyderi, a longtime friend of Mr. Qadri, citing a common nickname for him. “With his killing, we have lost a roaring voice for peace.”

The move hardened the attitudes of militants who have fought for years for independence from India and sidelined moderate voices calling for ways to improve relations with the government of Prime Minister Narendra Modi, who has taken an increasingly hard line toward India’s Muslims. 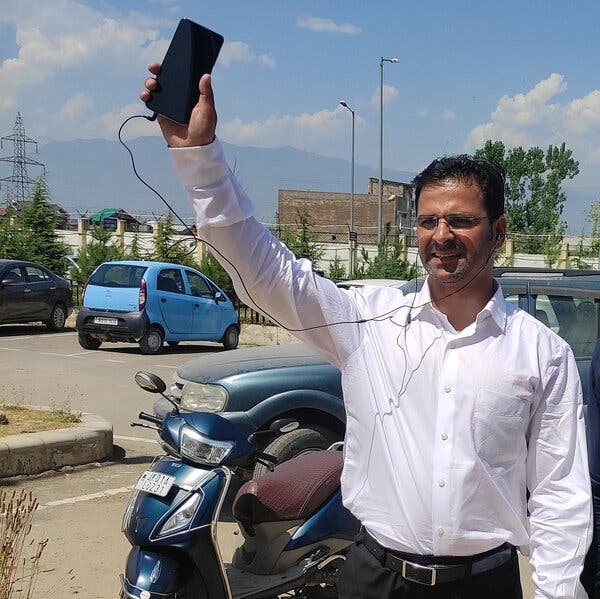 Mr. Qadri’s death is part of a wave of political assassinations that have shaken the region in the last few months. It was the first killing of a prominent civil society member since the killing of Shujaat Bukahri, the editor of a local daily newspaper, two years ago.

Mr. Qadri had said in recent weeks that he had received death threats. On Twitter this week, he said the police should investigate people who had accused him of being a man of “agencies,” implying he worked secretly for Indian intelligence.

Additional reading suggested by Zia H Shah MD, Chief Editor of the Muslim Times, to see the silver lining and a message of hope

From Xinjiang to Germany: how did Islamophobia become a global phenomenon? Faisal Devji

In USA and Europe Younger People More Accepting of the Muslims

Video: PM Justin Trudeau’s Message of Love to the Canadian Muslims on Eid

How Populists are Creating an Unholy Alliance with Christianity

Why Is Europe So Islamophobic?