Just days after celebrating cultural bridges, a Toronto imam has been targeted in a Daesh hit list.

The self-declared Islamic State called out Shaykh Abdullah Hakim Quick along with other Muslims in the West, urging followers to kill them for speaking out against the group and betraying their interpretation of Islam.

Quick works with the Canadian Council of Imams, which hosted its first annual dinner on Monday night, honouring political leaders and community members.

“It was a really good vibration that came out of that meeting, a lot of unity between people of different faiths,” Quick told the Star.

“So here comes the devil, as we would say, screaming out against us the next day.”

Quick first learned of the threat on Wednesday from a fellow imam in the council, but though he says he has contacted law enforcement and is taking precautions, he will not be intimidated. 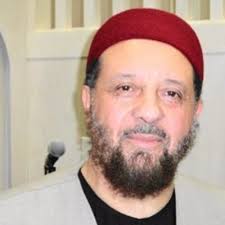 “I will continue to do what I have to do,” he said. “Putting my trust in God. This is what Muslims do when they find themselves in difficulty, and continue on to do what’s right.”

Michael Zekulin, a terrorism researcher at the University of Calgary, says the threat is typical of Daesh’s propaganda tactics, but not necessarily legitimate.

Daesh has implored its followers to go after others in the past, he says, like Calgary-based cleric Syed Soharwardy and UFC fighter Tim Kennedy.

“It never resonated,” Zekulin said. “It’s not something you dismiss and laugh off, but at the same time I’m not sure that simply because they mentioned this individual all of a sudden (he) is a serious immediate target.”

He says more than anything the threat demonstrates the sophisticated, extensive nature of Daesh’s communication network.

Quick says he has never personally confronted Daesh, but the council has spoken out against them. The article naming Quick appeared in Dabiq, an English magazine published by Daesh.

He is included for “(defending) his nation and (expressing) his remorse for the Canadian soldiers killed by Muslims,” it reads.

The imam is familiar with many of the names Daesh listed, and says many are, like him, converts to the religion. He was a Christian until he converted to Islam in 1970.

He thinks he may have been targeted due to his role as the council’s outreach co-ordinator, which entails building connections in non-Muslim communities. He adds that his large social-media following — he has more than 800,000 followers on Facebook — might make him a target with a wide-reaching impact.

He also suspects his work on gender equality is particularly at odds with Daesh’s views.

Another Canadian, Abu Ameenah Bilal Philips, is on the list, along with Americans, Britons and Australians.

Zekulin suspects Daesh is focusing on areas where they have little demonstrated control.

“They don’t have the reach into North America that they have to Europe,” he said, citing Daesh links to recent attacks in Paris and Brussels.

Not completely discounting the possibility of an attack, Zekulin says the seemingly stalled momentum in Canada may be a reason to “lash out.”

“They want it to be East versus West, but we’re not saying that. We’re saying it’s right versus wrong,” he said.

“We’re not talking confrontation, we’re talking rectification. And to bring people together and to find a way to live in peace and bring justice back to the land.”