I am very pleased to inform you that the Monument Park made at Ishinomaki City is to be called a Prayer Park wherein Signs of All religious communities who volunteered to help (after the Tsunami disaster) will be installed at Park.

In the recognition of Muslim Community`s services Ahmadiyya Muslim Community Japan has been honored to represent Islam and we decided to put “LA ILAHA ILLALLAH`s board at the Park. 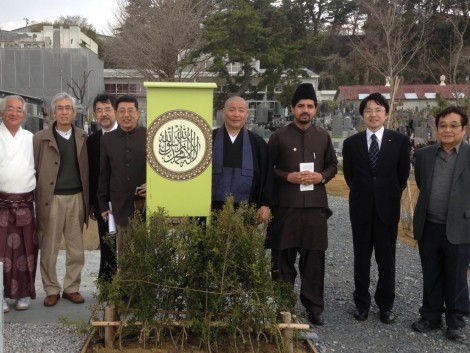 The Ceremony was held on 21st April 2014 at Ishinomaki City Saikouji Temple. After the Ceremony meeting of leaders of different religions was held at the Temple itself.

On the Suggestion of Jamat Ahmadiyya Japan Buddhist, Shinto,Christian leaders and participants decided to organize A Conference of World Religions every year. 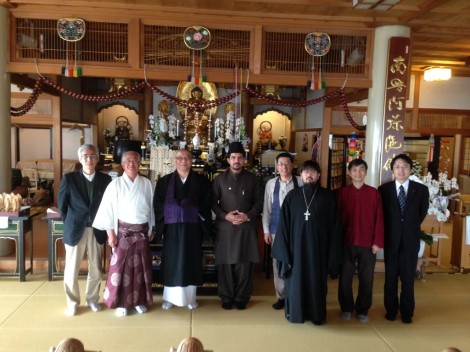 He said Ahmadiyya Muslim Community is the leading Islamic organization to categorically reject terrorism in any form. Over a century ago, Ahmad (as) emphatically declared that an aggressive”Jihad by the sword” has no place in Islam.

As part of its effort to revive Islam, Ahmadiyya Muslim Community continues to spread Ahmad’s (as) teachings of moderation and restraint in the face of bitter opposition from parts of the Muslim world.

Under the leadership of its spiritual successors, Ahmadiyya Muslim Community is struggling hard to establish social and individual peace on this planet.