Why hijab is important in Islam 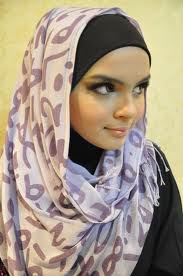 There are many styles of hijab

Hijab, or veil, takes the center stage whenever there is battle between truth and falsehood. It has always been a sensitive issue, but it recently received a great deal of attention due to legislation and proposed legislation in several European countries (e.g., France, Germany) that ban its use in government institutions as well as educational institutions. For women who wear hijab out of religious conviction, the truth is obvious and indisputable. For others with limited knowledge or understanding of Hijab, it can be confusing.

It is important to understand several points related to hijab and modesty. The first point is that modesty had been the norm in history, up until the later part of the past century. If one were to peruse historical books of various times and ages, one would find modest covering of women in almost every society. The other point is that modesty is a component in several world religions, particularly in Judaism, Christianity, and Islam. It may come as a surprise to many that it was not Islam that invented modesty or hijab. This existed in the laws of religions revealed before Islam, and remnants can still be found in the altered books of those faiths. With the final message given to Prophet Muhammad (peace be upon him), the order for Hijab was confirmed and finalized.

This is a reality since all of those revelations came from the same Source, Allah. Mary, mother of Jesus (may Allah exalt their mention), is rarely depicted without a traditional head-covering and one would assume her to be Muslim. (Which, of course, she was.) One can still find both Jewish and Christian women today who cover in much the same way as Muslim women. It is one of the common bonds that are shared by these three major faiths.