Separation of Church-Mosque and State Needed in Every Country, Focus USA

My Take: The danger of calling behavior ‘biblical’

On “The Daily Show” recently, Jon Stewart grilled Mike Huckabee about a TV ad in which Huckabee urged voters to support “biblical values” at the voting box.

And there’s a big problem, Stewart went on, with reducing “biblical values” to one or two social issues such as abortion and gay marriage, while ignoring issues such as poverty and immigration reform.

It may come as some surprise that as an evangelical Christian, I cheered Stewart on from my living room couch.

As someone who loves the Bible and believes it to be the inspired word of God, I hate seeing it reduced to an adjective like Huckabee did. I hate seeing my sacred text flattened out, edited down and used as a prop to support a select few political positions and platforms. 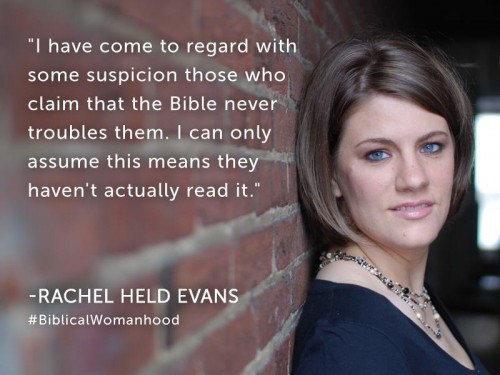 But the Bible is not a position paper. The Bible is an ancient collection of letters, laws, poetry, proverbs, histories, prophecies, philosophy and stories spanning multiple genres and assembled over thousands of years in cultures very different from our own.

When we turn the Bible into an adjective and stick it in front of another loaded word, we tend to ignore or downplay the parts of the Bible that don’t quite fit our preferences and presuppositions. In an attempt to simplify, we force the Bible’s cacophony of voices into a single tone and turn a complicated, beautiful, and diverse holy text into a list of bullet points we can put in a manifesto or creed. More often than not, we end up more committed to what we want the Bible to say than what it actually says.

Nowhere is this more evident than in conversations surrounding “biblical womanhood.”

Author Rachel Held Evans is a popular blogger from Dayton, Tennessee, and author of “A Year of Biblical Womanhood.”

Violence in the Bible and Jihad in the Quran

CNN’s Belief Blog: The faith angles behind the biggest stories