The Political Terrorist: Arizona woman runs down husband with car for not voting 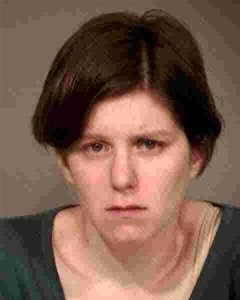 PHOENIX (Reuters) – An Arizona woman, in despair at the re-election of Democratic President Barack Obama, ran down her husband with the family car in suburban Phoenix on Saturday because he failed to vote in the election, police said on Monday.

Holly Solomon, 28, was arrested after running over husband Daniel Solomon following a wild chase that left him pinned underneath the vehicle.

Daniel Solomon, 36, was in critical condition at a local hospital, but is expected to survive, Gilbert police spokesman Sergeant Jesse Sanger said.

Police said Daniel Solomon told them his wife became angry over his “lack of voter participation” in last Tuesday’s presidential election and believed her family would face hardship as a result of Obama winning another term.

Witnesses reported the argument broke out on Saturday morning in a parking lot and escalated. Mrs Solomon then chased her husband around the lot with the car, yelling at him as he tried to hide behind a light pole, police said. He was struck after attempting to flee to a nearby street.

Chief Editor’s comment: Terrorist can come from any religion, race, nationality or gender.