The Examiner: By the Grace of Allah Almighty! The first magazine “ISMA‘IL” for Waqifeen-e-Nau (Life Devotee) has been launched at a time when it coincides with the Tehrik Waqf-e-Nau scheme approaching its 25th year, Alhamdolillah. Allah Almighty may affirm this has blessed in every respect… (Ameen!). 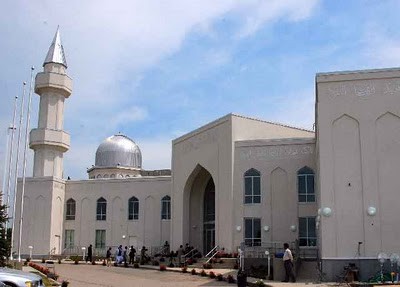 The magazine has been named “ISMA‘IL”, which reminds us of the sacrifices made by Hadhrat Islamail (as) and by Hadhrat Hajira (as) who spent their lives in a desolate and barren place and instituted exceptional standards of sacrifices for the same of religion. Likewise, it is expected of every Waqif (Life Devotee) to uphold the covenant of Waqf (dedication) made by their parents even before their birth, who have in turn themselves the high qualities of Waqf in the light of the standards set by Hadhrat Ismail (as) whose sacrifices were accepted by Allah Almighty and who was blessed with the Perfect Man from his lineage. It was this Perfect Man who instigated the great spiritual revolution turning the wild nomads into a civilised race and inspired them to achieve and reflect on the attributes of Allah Almighty. The sacrifices made by them were of a lofty standard, which, in the history of Islam, will be remembered as a golden era. Without being part of an organised structure, they dedicated their lives unreservedly and were fully prepared for every sacrifice to serve the cause of their religion.