Indonesia to end teaching of English in primary schools

The teaching of English in Indonesia’s primary schools will end next year as the government attempts to reverse falling standards in Bahasa Indonesia. 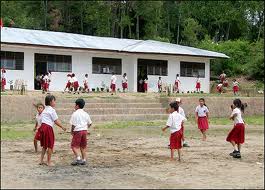 Deputy education and culture minster Musliar Kasim announced an overhaul of the curriculum that will see English classes cease by July. He told the Jakarta Post newspaper that students need more time to master their first language.