Atheists were firing thunderbolts suggesting that “religion poisons everything,” as Christopher Hitchens put it in the subtitle of his book, “God Is Not Great.” Sam Harris and Richard Dawkins also wrote best sellers that were scathing about God, whom Dawkins denounced as “arguably the most unpleasant character in fiction.” 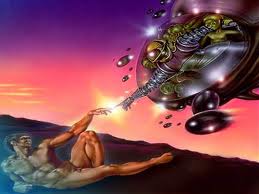 Yet lately I’ve noticed a very different intellectual tide: grudging admiration for religion as an ethical and cohesive force.

The standard-bearer of this line of thinking — and a provocative text for Easter Sunday — isa new book, “Religion for Atheists,” by Alain de Botton. He argues that atheists have a great deal to learn from religion.

“One can be left cold by the doctrines of the Christian Trinity and the Buddhist Eightfold Path and yet at the same time be interested in the ways in which religions deliver sermons, promote morality, engender a spirit of community, make use of art and architecture, inspire travels, train minds and encourage gratitude at the beauty of spring,” de Botton writes.

“The error of modern atheism has been to overlook how many aspects of the faiths remain relevant even after their central tenets have been dismissed,” he adds, and his book displays an attitude toward religion that is sometimes — dare I say — reverential.