PML-N’s help sought to down government 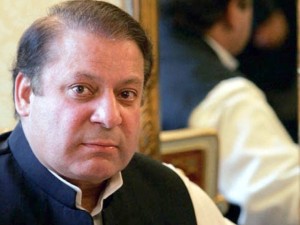 ISLAMABAD: While its leader has gone out of his way to openly reject any military intervention, the Pakistan Muslim League-Nawaz (PML-N) has been approached by elements within the security establishment, which is seeking help in dislodging the government,The Express Tribune has learnt.

The PML-N remains non-committal, however.

According to well-placed sources, the PML-N leadership is willing to get onboard only after concrete guarantees and on certain terms of conditions.

In the aftermath of the Memogate issue, officials of the country’s premier intelligence agency have been shuttling back and forth to take the PML-N on board, sources say.

A brigadier of the intelligence agency held detailed sessions with three key leaders of the PML-N’s second-tier leadership, days before hearing on Memogate scandal started in the Supreme Court on December 1st. Later meetings were held with the party’s top leadership, sources add.