Ahmadiyya is an Islamic religious movement founded in India near the end of the 19th century by Mirza Ghulam Ahmad, who claimed to have fulfilled the prophecies of the world’s reformer during the end times, who was to herald the Eschaton as predicted in the traditions of various world religions and bring about the final triumph of Islam according to Islamic prophecy.

As of 2016 the community has been established in 209 countries and territories of the world.[1][2][3][n 1] with concentrations in South Asia, West Africa, East Africa and Indonesia. The community is a minority Muslim sect in almost every country of the world. On the other hand, it has spread to most countries of the world.[4][5] In some countries, it is practically illegal to be an Ahmadi Muslim. For instance, in Pakistan, following the Ordinance XX, Ahmadis cannot call themselves Muslims, profess the Islamic creed publicly or call their places of worship mosques. Together, these factors make it difficult to estimate the Ahmadiyya population for both the community itself and as well as independent organizations. For this reason, the community gives a figure of “tens of millions”;[6] however, most independent sources variously estimate the population to be at least 10 to 20 million[7] worldwide, thereby representing around 1% of the world’s Muslim population.[n 2]

The population is almost entirely contained in the single, organized and united movement, commonly referred to as the Ahmadiyya Muslim Community (AMC), headed by the Khalifa. The other is the Lahore Ahmadiyya Movement, which represents less than 0.2% of the total Ahmadiyya population.[n 4]

The following maps summarize the data presented in the table below.

World Ahmadi Muslims as a percentage of Muslims. (Sources are various. See table below.) 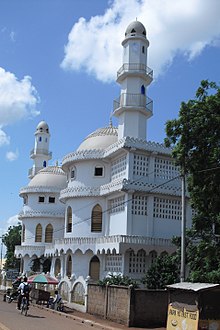 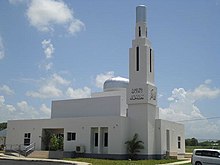 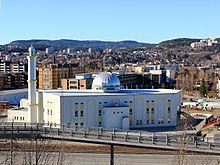