Is Marriage a Contract between a Man and a Woman or with the Clergy? 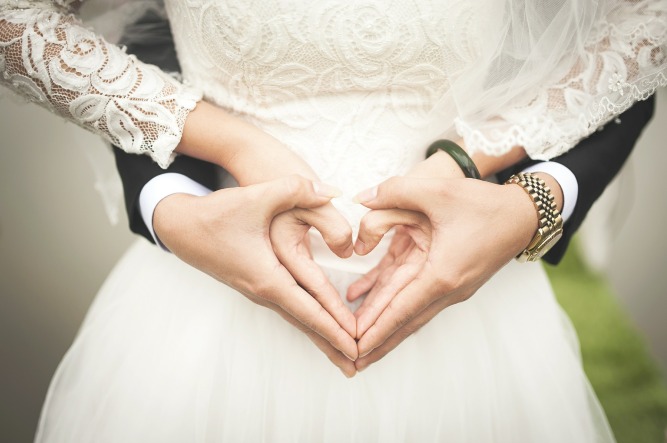 Marriage is a contract, legal, social and religious. The Muslim Times is promoting secularism in every country of the world

Acknowledging the right of all non-Muslims to follow their respective personal laws, the Council of Islamic Ideology (CII) of Pakistan declared that Shariah laws allowed all non-Muslims to practice their religions on all matters pertaining to marriage or divorce.

It seems that the CII is concerned about the religious freedom of the non-Muslims. But, what about the religious freedom of the Muslims? What if a Shia Muslim wants to marry a Sunni Muslim? What if a Muslim lady who does not think that Islam allows polygamy is marrying a Muslim man, who believes polygamy is Islamic? Whose religion will be forced on the other?

According to the Council’s annual report for 2013-14, the CII also endorsed the enactment of Hindu marriage laws and Christian marriage and divorce laws.

Meanwhile, a member of the council explained that in accordance with the Shariah, the CII accepted everything permissible for non-Muslims under their religions for marriages or divorces. However, the council observed that if it was empowered, it could have proposed an amendment to the Hindu Marriage Bill for reducing the age of puberty, currently set at 18. Citing Hindu scriptures, the CII stated that this had not been precisely determined in the Hindu religion.[1]

Previously the Council has opined: CII proposes husbands be allowed to ‘lightly beat.’

The CII seems to be merely power play by the clergy, in the disguise of the Sharia Law, playing on the love of Islam of the Muslim masses.

The drafts of the Christian Marriage and Divorce (Amendment) Bill, 2012 and the Hindu Marriage Bill, 2013 were both referred to the Council by the ministry of religious affairs in 2013 seeking its views.

According to the report, matters pertaining to non-Muslims’ marriages and divorces had been under the Council’s review since 1991-92.

The first time the Council referred the matter in its annual report 1991-92, categorically stating that it would not give any opinion on the personal laws of non-Muslims as it had been barred from doing so under Article 227 (3) of the Constitution.

However, the Council conveniently found itself again entangled in the marriage issues, when it was ‘compelled’ to express its views on Hindu marriage laws and Christian marriage and divorce laws after the ministry of religious affairs sought its opinion on the drafts of the two bills.

The Council also consulted Hindu representatives on the bills before formulating its recommendations on the issue in 2013-14.

A Christian clergyman, Rev Father Rehmat Hakim, was invited by the Council, but he declined the invitation and maintained that their religious leaders were already discussing the matter among themselves.[1]

The CII examined the Parsi (Zoroastrians) Marriage and Divorce Act of 1936 after it was referred to the council by the government in 1998-99 to approve some amendments in the law.

At that time, the council had maintained in its annual report that it had no objection to the amendments as they related to the personal laws of Zoroastrians.

Incidentally, the personal laws proposed by the Council do not allow for the marriage of agnostics and atheists. What if there is marriage between a Christian and a Muslim or a Hindu and a Muslim?

The Council will have a fit if these rather simple and what are common scenarios in the Western world were brought before it.

Article 16 of the Universal Declaration of Human Rights provides for marriage regardless of faith or religion of the individuals. Pakistan is a signatory of this Declaration and the article states:

(1) Men and women of full age, without any limitation due to race, nationality or religion, have the right to marry and to found a family. They are entitled to equal rights as to marriage, during marriage and at its dissolution.
(2) Marriage shall be entered into only with the free and full consent of the intending spouses.
(3) The family is the natural and fundamental group unit of society and is entitled to protection by society and the State.

The Council with its myopic vision is not living in the 21st century of our global village and trying to define marriage by religion only.

While, the CII is playing games to stay in power, and control the daily lives of the Pakistani citizens, the Muslim religious groups in India are playing their own power games.  Triple talaq on email, phones and messages is valid, says Deoband Fatwa.

The secular forces in the country are trying to remove the absurdity of triple talaq from the society, while the so called scholars of Islam or the ‘Ulema’ want to preserve the silly practice, lest they lose some control over the masses. For example see, Muslim Men May Soon Be Punished For Triple Talaq, India’s PM Modi says triple talaq is unjust, India: Muslim women fight to overturn triple talaq and Triple talaq has no place in secular India: Centre to tell SC next week.

The issue of divorce among Muslim women has taken a dangerous turn in UK, because clerics are out to exploit them in the name of Halala.

When a man divorces a woman three times, she goes to a cleric who tells them that the couple can be reunited after Halala, which means after the woman contracts another marriage, at least for one night. Hence, these one-night brides lose their dignity in their houses and often fall prey to psychological diseases.

The clerics have set up the Halala centers in London, Birmingham and other cities where divorced women are exploited. Though all prominent clerics condemn exploitation of women, they do not highlight this issue because it could lead to disrepute of the Muslim community. The community is already facing a tough time due to child sex grooming and other such cases.

In some cases, men divorce women three times in one go due to anger but later they realize that they have made a wrong decision. When they go to clerics to seek a way out of this problem so that they can be reunited, the clerics tell them that their wives have to contract a second marriage before they can be reunited in a marital bond again.

The women are then hoodwinked into marrying the clerics and spend at least one night with them. The clerics agree to let them go to their former husbands in the morning but later they change their mind and demand huge sums of money to honor their agreement. They sometime keep the perturbed women in their houses for many days to quench their lust.[2]

Marriage does have religious dimensions and every religion has given us pearls, guidance and teachings about successful marriages, but let us leave those recommendations for the couple to navigate and negotiate between themselves and their understanding of God.

This will lead to a greater and secular understanding of the institution of marriage, which can be shared in each and every country of our global village.

It is high time that the secularist lawyers should provide sample marriage contracts, which are valid in every country and for every religion, so that spouses can just sign that and be happily married after a genuine announcement and celebrations.

Ultimately marriage is a contract between a man and a woman. Let us show that the Council or the government of Pakistan or any government for that matter, has nothing to do with marriage, which is for the individual parties to decide.

The Western societies provide for this in the form of what is called Prenuptial agreement. It is time that every society entertains greater individual participation of the spouses, in matters that almost exclusively concern them and very little to the society at large.

The websites like Legalzoom.com can provide online tools, where parties can pick and choose their understanding of marriage and create a marriage contract that they want, giving a triple talaq or the final divorce to the clergy and choosing secularism over the so called Sharia Law.