US: Drunk California woman ‘drove for a mile with man’s corpse embedded in windshield’ say police

A drunk California woman collided with a pedestrian then drove for almost a mile with the decapitated body on her windscreen, police say. Esteysi Sanchez – also known as Stacy Sanchez – was said to have been drinking all night before she collided with a suspected homeless person en-route to a soup kitchen. 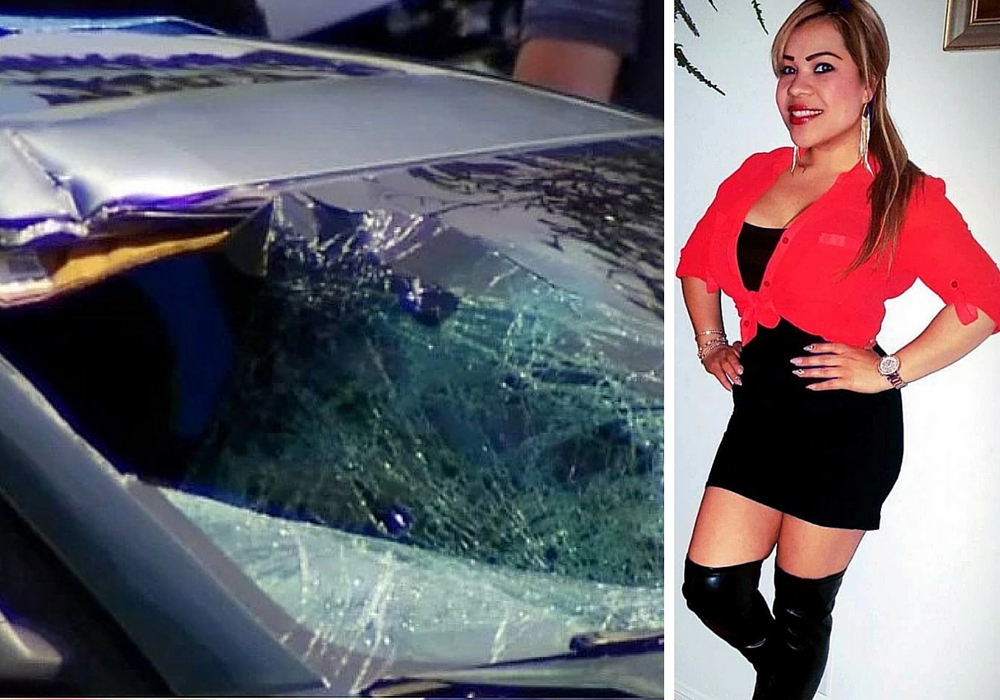 Esteysi Sanchez, 29, was said to have collided with a pedestrian after a night out in Oceanside on 27 June, 2016.NBC7 TV / Facebook

Prosecutors believe the 29-year-old had been drinking in several bars in Oceanside, around 25 miles south of Los Angeles, south California, through to the early hours of Monday 27 June. Police say she was driving a Pontiac sedan when she struck the victim. It was not immediately clear whether the deceased man was on the road or on the pavement at the time of the collision.

The victim was declared dead at the scene with investigators saying Sanchez confessed to driving while intoxicated. Sanchez was later charged with felony Driving Under the Influence and vehicular manslaughter.

According to the Washington Post, the brutal impact tore off one of the man’s legs which catapulted through a back window and landed on the trunk of the vehicle. His body then flipped onto the front windshield, shattering the glass and leaving his carcass embedded.

“From what I understand, she was out partying all night and was on the way home,” said Sgt. Jeff Brandt of the Oceanside Police. It is then alleged that Sanchez kepttravelling for another three-quarters of a mile, with the corpse still lodged in her car.

According to reports, Sanchez’s home was located just a few blocks from where she abandoned the car following the collision. She was believed to have seen her husband, who told her to call the police.

It is also claimed that she even managed to go over the pavement and through some landscaping before she stopped. At the scene of the horrendous collision, officers found some of the victim’s personal effects including shoes and trousers.

The trousers contained keys and his identification documentation, surrounded by shards of glass from Sanchez’s windshield. Police have not released the victim’s name but he is believed to have been a known ‘transient’ in the area.