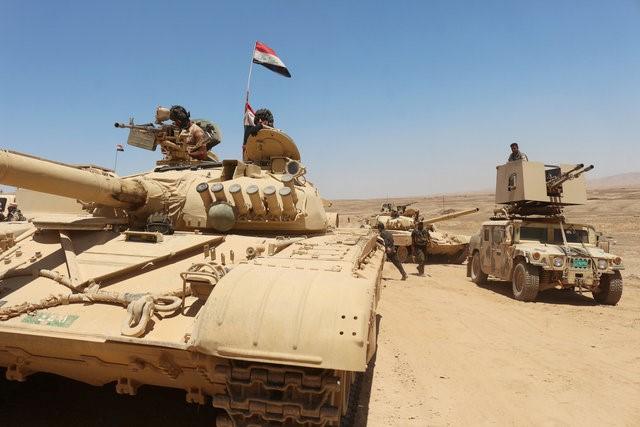 Once Islamic State is defeated, Iraq should be divided into three separate entities to prevent further sectarian bloodshed, with a state each given to Shi’ite Muslims, Sunnis and Kurds, a top Kurdish official said on Thursday.

Iraqi troops have expelled Islamic State from some key cities the militants seized in 2014, and are advancing on Mosul, the largest city under IS control. Its fall would likely mean the end of the group’s self-proclaimed caliphate.

But even if Islamic State was eliminated, Iraq would still be deeply divided. Sectarian violence has continued for years and a power-sharing agreement in Baghdad has only led to discontent, deadlock and corruption.

Masrour Barzani, head of the Kurdistan Regional Government’s (KRG) Security Council and son of KRG President Massoud Barzani, said the level of mistrust was such that they should not remain “under one roof”.

“Federation hasn’t worked, so it has to be either confederation or full separation,” Barzani told Reuters in an interview on Wednesday in the Kurdish capital Erbil. “If we have three confederated states, we will have equal three capitals, so one is not above the other.”

The Kurds have already taken steps toward realizing their long-held dream of independence from Iraq, which has been led by the Shi’ite majority since the overthrow of Saddam Hussein, a Sunni, in 2003, following a U.S.-led invasion.

They run their own affairs in the north and have their own armed forces, the Peshmerga, which have been fighting Islamic State militants with help from a U.S.-led coalition.

Sunnis should be given the option of doing the same in the provinces where they are in the majority in the north and the west of Iraq, said Barzani.

“What we are offering is a solution,” he said. “This doesn’t mean they live under one roof but they can be good neighbors. Once they feel comfortable that they have a bright and secure future, they can start cooperating with each other.”

His father has called for a referendum on Kurdish independence this year as the region is locked in territorial and financial disputes with the central government.

Baghdad has cut off payments from the federal budget to the KRG to try to force the Kurds to sell crude produced on their territory through the state oil marketing company and not independently. The Kurds also claim the oil region of Kirkuk, in northern Iraq, as part of their territory.

Barzani said that the Sunnis’ feeling of marginalization by the Shi’ite leadership had facilitated the takeover of their regions by Islamic State militants.

In addition, Iraq endured months of wrangling and chaos over a government reshuffle that was to curb corruption. In May, frustration over the delays culminated in the unprecedented breach by protesters of the Green Zone, which houses parliament, government offices and many foreign embassies.

Ahead of the battle for Mosul, Barzani said the city’s different communities should agree in advance on how to handle the aftermath. Mosul’s pre-war population of 2 million was mostly Sunni, but included religious and ethnic minorities including Christians, Shi’ites, Yazidis, Kurds and Turkmen.

Almost all non-Sunnis fled the Islamic State takeover, along with hundreds of thousands of Sunnis who could not live under the militants’ harsh rule or could not endure Baghdad’s financial blockade imposed on IS-held regions.

“I think the most important part is how you manage Mosul after Daesh is defeated,” he said, referring to an Arabic name of Islamic State. “We don’t want to see the gap of liberation and then a vacuum, which probably will turn into chaos.”

Iraqi Prime Minister Haider al-Abadi at the end of last year expressed hope that 2016 would be the year of “final victory” over Islamic State with the capture of Mosul.

The army, counter-terrorism forces and Shi’ite Muslim paramilitary fighters backed by air strikes from a U.S.-led coalition are also in a major operation to retake the mainly Sunni city of Falluja, an hour’s drive from Baghdad.