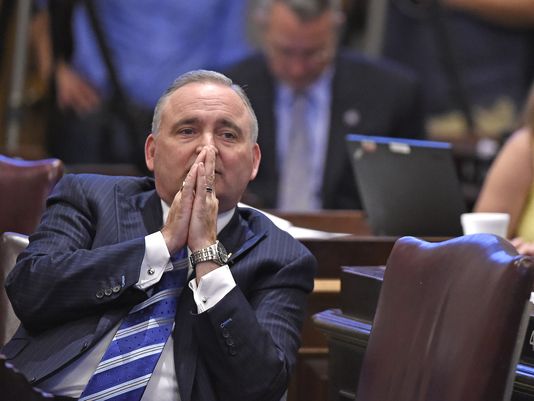 Tennessee will not become the first state in the nation to make the Holy Bible its official book after an effort to override Gov. Bill Haslam’s veto failed to receive enough support in the House of Representatives on Wednesday.

With a 43-50 vote, the House failed to give the Senate a chance to vote to override Haslam’s veto.

The discussion on the bill was one of the longest of the session and featured four failed attempts to end debate, several references to Bible verses, one lawmaker citing slavery and another mentioning former Soviet leader Joseph Stalin.

For nearly two hours, lawmakers debated the merits of the bill, its legality and what message recognizing the Bible as the state’s official book would send to Tennessee and the rest of the nation.

Although some lawmakers talked about the constitutional concerns raised by Haslam when he vetoed the legislation last week, others argued that the measure was an effort to send a signal to the rest of the country. A 2015 state attorney general opinion said making the Bible the official state book would violate the state and federal constitutions.

“What if we are the state that fans the flame and causes other states to pay attention and read our actions,” said Rep. Terri Lynn Weaver, R-Lancaster. “What if Tennessee was the state that started the revival that this nation so desperately needs.”

Alluding to the threats that executives of 60 businesses made over a recently halted controversial bathroom bill, Rep. John DeBerry, D-Memphis, encouraged anyone interested in exiting the state because of lawmakers’ actions to leave.

“This bill is here because of militant movements going on around this nation,” he said during a speech in which he encouraged lawmakers to stand up for what they believe.

Although there were many who praised the legislation, others questioned its need, including Rep. Johnny Shaw, D-Bolivar, who said he changed his opinion on the bill after reading a Bible passage.

“You know what this legislative body ought to be doing if we really wanted to honor the Bible? We ought to make sure everybody in the state is covered healthwise,” he said to the applause from some of his colleagues. “You’re not going to see no difference in Tennessee whether you make it the state book or not.”

Shaw was among the five Democrats and six Republicans who voted for the bill when it passed last year but did not support the override on Wednesday.

Immediately after the failed override, the measure’s sponsor, Rep. Jerry Sexton, R-Bean Station, a former Baptist minister, told reporters he knew the vote was a difficult one for many of his colleagues.