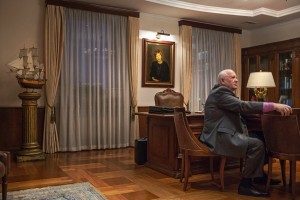 In his latest novel, French writer Michel Houellebecq presents a controversial situation: The year is 2022, and France has become an Islamicized country where universities have to teach the Koran, women have to wear the veil and polygamy is legal. The book, which created a stir in France, went on sale Jan. 7. That day, a group of terrorists killed 12 people at the headquarters of French satirical magazine Charlie Hebdo.

Also on Jan. 7, German Chancellor Angela Merkel met British Prime Minister David Cameron in London. Although the formal reason for the meeting was to discuss the upcoming G-7 summit, the two leaders also discussed Cameron’s proposals to limit migration in Europe. Finally, a much less publicized event took place in Germany that day: A group of politicians from the Euroskeptic Alternative for Germany party met with members of Pegida, the anti-Islam protest group that has staged large protests in Dresden and minor protests in other German cities.

The date of these four episodes is only a coincidence, but the issues involved are not. A growing number of Europeans believe that people from other cultures are threatening their national identities and livelihoods. The emergence of Germany’s Pegida movement, which opposes the “Islamization” of Germany, the terrorist attack in Paris and the recent attacks against mosques in Sweden put the focus on Muslims. But the Europeans’ fear and mistrust of “foreigners” is a much broader phenomenon that goes beyond the issue of Islam-related violence. What is actually happening is that Europe is rediscovering nationalism.