Swallowed by the Taliban

Contrary to many of my peers, I never felt as hopeless or dejected about Pakistan’s future as I did during the past election. Some were hopeful because they saw in the Pakistan Tehreek-e-Insaaf (PTI) ‘a new political force’ that would take on the ‘corrupt politicians’ and usher in a ‘Naya Pakistan’. Others were hopeful because a democratic transition had taken place, with one civilian government passing on the mantle to another. Frankly, neither rationale gave me much cause for celebration.

Pakistan had been derailed, gone seriously off-track. And a lot more than Imran Khan or a simple democratic handover were needed to put it back on track. The whole world had been commenting on the ‘existential threat’ to Pakistan but domestically, there was a worrying pass-the-buck attitude among the leadership, compounded by a conspiratorial mindset among the educated urbanites, refusing thus to acknowledge the problem. The enemy within us, however, the Taliban and their multiple mutations, was organised and single-minded, as clear as the rest of the nation was confused. 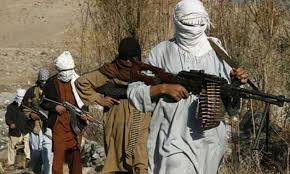