The News: by Kamila Hyat –

The social media campaign following this controversy, equating Hinduism and Sikhism with some kind of satanic cult, shows how far we have sunk into the dangerous depths of ignorance. Clearly we need to do a great deal of work to discover the light again and schools should be taking a leading role in this, encouraged by the government. The fact just the opposite seems to be happening is both saddening and frightening.

To most of us it would seem clear what our problems are: we combat extremism in its worst possible form. The massacre of Christians in Peshawar is just the latest example of this. Over the years, there have been many other examples of similar, frenzied hatred.

We face crippling poverty and an unemployment rate of over six percent. We see terrible crimes committed against children such as the rape of a five-year-old in Lahore and the sexual assault on a boy younger even than that by his school principal in Faisalabad and we see an increased sense of insecurity across society as rule of law breaks down. 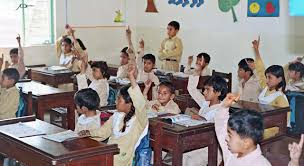