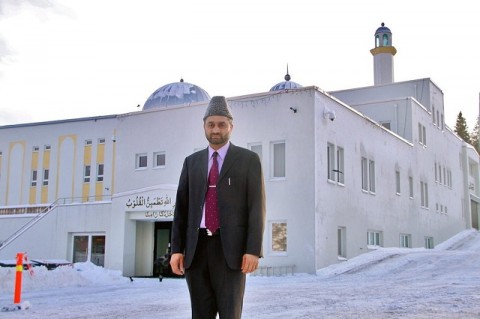 Adviser at the Royal Court Sheikh Abdullah Al-Manie, who is also a member of the Council of Senior Religious Scholars, has demanded Islamic scholars and academies deal with some erroneous fatwas (religious edicts) issued in northern Europe regarding the time of obligatory prayers in regions where night is much longer than daytime.

“We should not abandon our Muslim brothers in northern Europe, Russia and America. We must cooperate and discuss with them, and assist them in all their religious issues,” Al-Manie said while speaking at a seminar organized by the Islamic Fiqh Academy, a subsidiary of the Muslim World League, in Makkah on Monday.

The topic of the discussion was prayer and fasting timings in countries lying between 48 and 66 degrees latitude in the northern and southern hemispheres, Al-Madinah daily reported Tuesday.

Generally, the Muslim prayer times are based on sunrise, sunset and the twilight glow in a place.
Clear and definitive directions on prayer timings is also needed as a growing number of Saudi youths is studying in northern cities of Canada and Britain, where the sun’s rising and setting patterns are different from the Kingdom and most other Muslim countries. Some scholars think the timing in Makkah could be followed in such situations.

“It is vital for people living in geographical locations between 48 and 66 degrees latitude to learn their correct timings for obligatory prayers and fasting,” the sheikh said.