The Muslim Times’ Response to an Anti-Islam Film

islamforwest.org: by Zia Shah: “He (Allah) it is Who sends blessings on you (Muhammad), as do His  angels, that He may bring you forth from all kinds of darkness into light. And  He is Merciful to the believers. Their greeting on the day when they meet Him  will be, ‘Peace.’ And He has prepared for them an honorable reward.” (Al Quran  33:44-45) 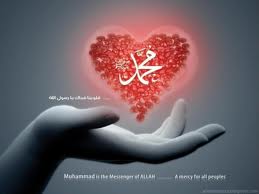 “Allah and His angels send blessings  on the Prophet. O ye who believe! you also should invoke blessings on  him and salute him with the salutation of peace.   Indeed, those who annoy Allah and His Messenger — Allah has cursed them in this  world and in the Hereafter, and has prepared for them an abasing punishment.’” (Al Quran 33:57–58)

One of the first steps that the Muslim Times took to refute the propaganda of  a recent  anti-Islam film, which has gathered some notoriety, was to  promote a positive movie about the Holy Prophet Muhammad, may peace be on him: The Message: Mohammed: Messenger of God.

Samuel Parsons Scott (1846-1929), a lawyer from Hillsboro Ohio and a  prolific writer, understood part of the charm of the Prophet’s character when he  wrote:

The glories which invest the history of Islam may be entirely derived  from the valor, the virtue, the intelligence, the genius, of man. If this be  conceded, the largest measure of credit is due to him who conceived its plan,  promoted its impulse, and formulated the rules which insured its success. In any  event, if the object of religion be the inculcation of morals, the diminution  of evil, the promotion of human happiness, the expansion of the  human intellect, if the performance of good works will avail in the great  day when mankind shall be summoned to its final reckoning it is neither  irreverent nor unreasonable to admit that Muhammad was indeed an Apostle of  God.[1]