Should Chilean banks force ‘no hijab’ on Muslim women customers? 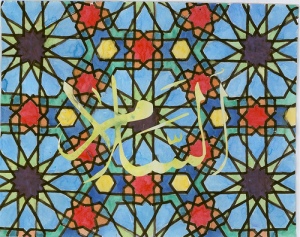 (WNN) Santiago, CHILE: When 40-year-old Chilean citizen Ms. Fabiola Palominos Flores converted to Islam in 2007 she started wearing a hijab (headscarf) as part of her identity as a Muslim woman living in Chile. But at the time she didn’t know she would run into trouble. On August 2010 Palominos went into a bank to cash a personal check. According to national laws in Chile she was asked to remove her hijab before the bank could issue her cash.

But Fabiola refused to take off her headscarf. In answer to her defiance the bank clerk said asking her to remove the scarf on her head was ‘normal procedure’ for identification purposes. After tense moments and discussions Palominos finally agreed to take off her hijab. She eventuallly did receive her money, but the question of religious discrimination remains.