A former journalist at the Daily Star told the Leveson Inquiry into press   standards that he received threats and may have had his phone hacked after   he quit the paper in protest at what he claimed was its anti-Muslim   propaganda.

Richard Peppiatt told the Leveson   Inquiry that he received threatening phone calls, text messages and   emails after he leaked his outspoken resignation letter to the Guardian   newspaper.

Mr Peppiatt said the messages included, “We’re doing a kiss and tell on you”,   “You’re a marked man until the day you die”, and “RD will get ya” – a   reference, he suggested, to Express Newspapers owner Richard Desmond.

“It worried me enough to get my girlfriend to move out for a couple of days   because I didn’t know at the time where it was coming from and the   frequency, all through the night, got me thinking for her safety it’s best   that she lets this cool off,” he told the inquiry.

The journalist said he was also emailed details of a voicemail left on his   phone by a friend cancelling an arrangement to see Arsenal play Barcelona   after the message was apparently deleted.

“I see no way that the information could have been known unless my voicemail   had been accessed,” he said in a witness statement. 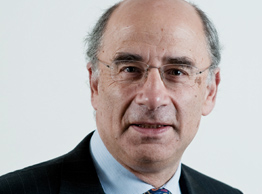