UK Office for National Statistics : A quarter of Britons have ‘no religion at all’

Growing numbers of Britons are rejecting religious belief, with almost one in four now saying they have “no religion at all”, official figures suggest.

In particular, the study found that there had been a significant fall in the numbers describing themselves as Christian, from 71.3% last year to 68.5% by March 2011, when asked the question, “What is your religion, even if you are not currently practising?”

Across the country, the figures would suggest that an estimated 14 million people in Great Britain, out of a population of more than 60 million, have no religious beliefs at all. 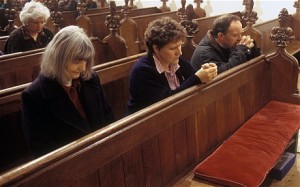