PETALING JAYA: More than 20 tonnes of illegal ivory have passed through at least two Malaysian ports since 2003, earning the country an unsavoury reputation as a transhipment hub for the multi-million ringgit trade and the figure involves only those seized.

This could have been caused by stricter enforcement measures in neighbouring countries, leading smugglers to venture through Malaysian ports, he said.

“Smugglers tend to move to an easier’ place. If enforcement in other countries heats up, then they will find a soft spot elsewhere,” he said.

It was reported that 794 African ivory tusks were confiscated by Hong Kong authorities on Monday after they arrived by sea from Malaysia. The tusks, weighing 1.9 tonnes and estimated to be worth around HK$13mil (RM4.97mil), was concealed in a consignment declared as non-ferrous products for factory use. 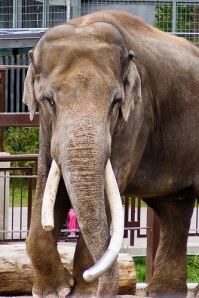 The seizure came after last week’s report that more than 1,000 elephant tusks were seized by Tanzanian authorities. The tusks were hidden in a strong-smelling container of anchovies destined for Malaysia.

The huge amount of ivory being shipped accounts for thousands of elephants killed in the past few decades. Some tusks come from freshly-killed animals while others are from stockpiles.