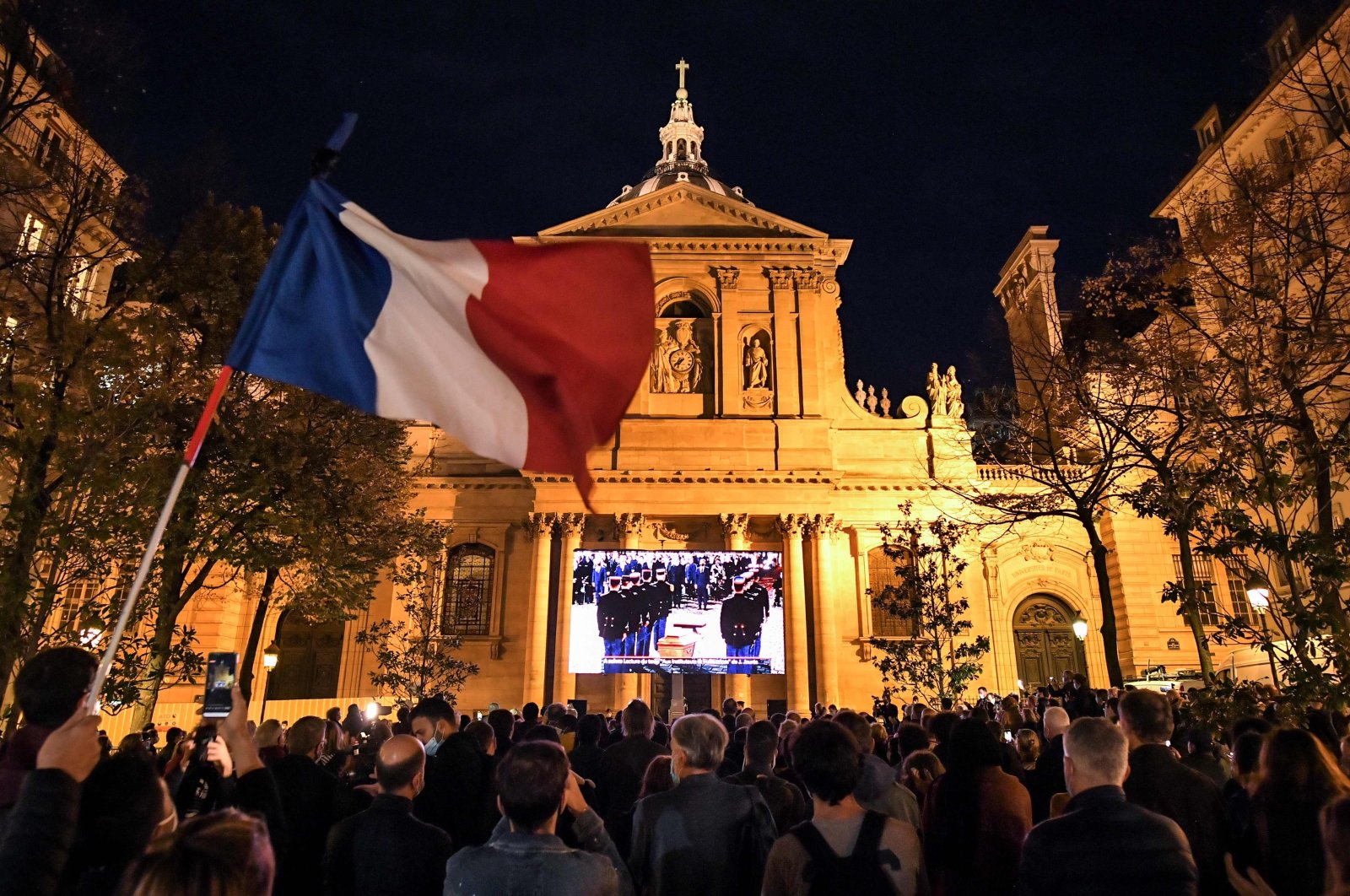 An attendee waves a French flag during a demonstration against the killing of a French teacher by an extremist attacker, Oct. 21, 2020. (AFP Photo)

Two Muslim women were stabbed by anti-Islamic groups in the French capital of Paris on Sunday. In the attack, which took place near the Eiffel Tower, a group repeatedly stabbed the two women with knives while shouting “dirty Arabs,” French police sources reported.

Muslim communities have been targeted, just as they were in 9/11, following the murder of a history teacher who allegedly showed his pupils cartoons insulting the Prophet Muhammad in his class.

Practices that would never come to mind if the killer were a Christian extremist are readily applied to Muslims whose only crime is practicing their religion.

Only last month, in the name of allegedly “fighting radical Islamism,” 12 mosques, private schools, associations and businesses were closed in France, French Interior Minister Gerald Darmanin stated, making it a total of 73 since the beginning of the year.

Defining the Collective Against Islamophobia in France (CCIF) as an “enemy of the state,” Darmanin announced that similar nongovernmental organizations (NGOs) would be closed in line with a Cabinet decree. The CCIF is known for its fight against the French government’s discriminatory stance toward Muslims.

In assessing the developments, it is important to note that President Emmanuel Macron justified the repressive policy, vowing to fight “Islamist separatism.”

The expression labels French Muslims as second class citizens, encompassing the devout who are careful to consume “halal” food and Muslim women who wear headscarves, making them “fair game” for the state.

France’s restrictive stance on Muslims, which started with the banning of the burkini and veil and continued with the “law on secularity and conspicuous religious symbols in schools” that was approved by the parliament in 2016, impacts the lives of about 6 million Muslim citizens.

Jews were the target of far-right racism in Europe 100 years ago, and now, Muslims are facing racism in Europe. The fact that Macron, whose party sustained resounding losses in local elections in June, has targeted Muslims is proof that the issue is no longer confined to the “far-right.”

So, the alarm bells should ring given that Muslims are the latest target in Europe’s long history of racist practices, some of which were still in place less than a century ago.