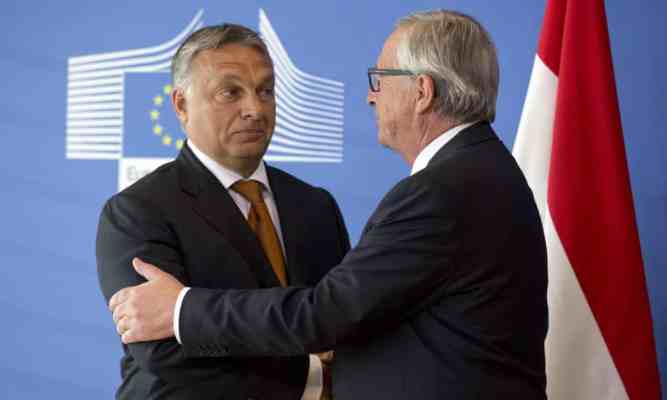 By Yasmin Qureshi, who is shadow justice minister and Labour MP for Bolton South East. She is also a barrister practising criminal law and was head of the criminal legal section of the UN Mission in Kosovo

The European elections last month were widely seen as a test of the EU’s resilience. Many were relieved that far-right parties did not do as well as feared. However, nationalism is still on the rise across the continent, and the EU is not an innocent bystander.

A meeting of two Islamophobes earlier this month brought this home to me. That day, Myanmar’s Aung San Suu Kyi met with her Hungarian counterpart Viktor Orbán. At the top of their agenda was the danger of “continuously growing Muslim populations”. No surprises there. While Aung San Suu Kyi is complicit in the genocidal “ethnic cleansing” of some 1.1 million Rohingya Muslim refugees into Bangladesh, Orbán spearheaded the abhorrent fiction that the Jewish philanthropist George Soros is funding the mass migration of Muslims to Europe.

But the EU has aided and abetted both. Orbán’s ruling Fidesz party is a long-time member of the supposedly pro-EU European People’s party. Though suspended from the EPP in March, Fidesz has not been expelled. And the European commission president Jean-Claude Juncker described Orbán as “a hero”. Meanwhile, the EU is agitating to do business with Orbán’s new ally in Asia. The same day that Aung San Suu Kyi met Orbán, EU officials were meeting with counterparts at the Myanmar-EU Economic Forum to urge the establishment of an “investment-friendly business climate to attract foreign investment”.

How Populists are Creating an Unholy Alliance with Christianity