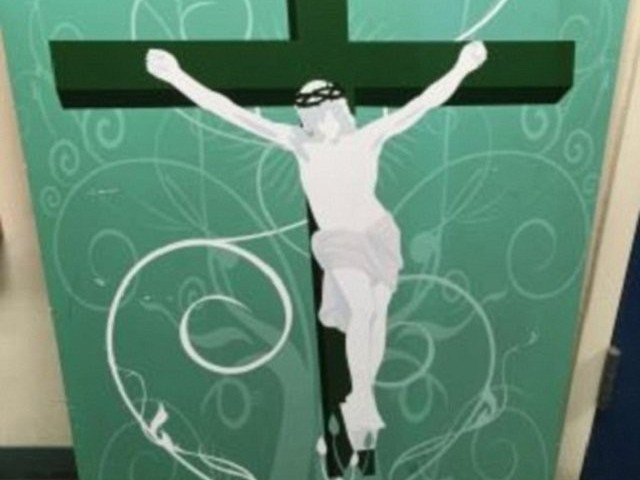 A large green and white painting of Jesus Christ hanging on the cross was left outside the Hillside Islamic Centre in Long Island, New York on Friday.

“A worker there had found this large painting of Christ on a cross on the property,” reported an anchor for NBC 4. “The anti-Muslim message was found hanging from a fence, deemed to be so obviously because it was a mosque.”

The worker then alerted the police who arrived at the mosque around 5:45 pm. “Nassau County police said they were investigating the incident as a possible hate crime,” said the reporter. The “anti-Muslim message”, as the NBC 4 anchor labeleld it, was a green and white painting of Jesus’ silhouette hanging on the cross, reported CNS New York.