India, Long at Odds With Pakistan, May Be Rethinking Nuclear First Strikes 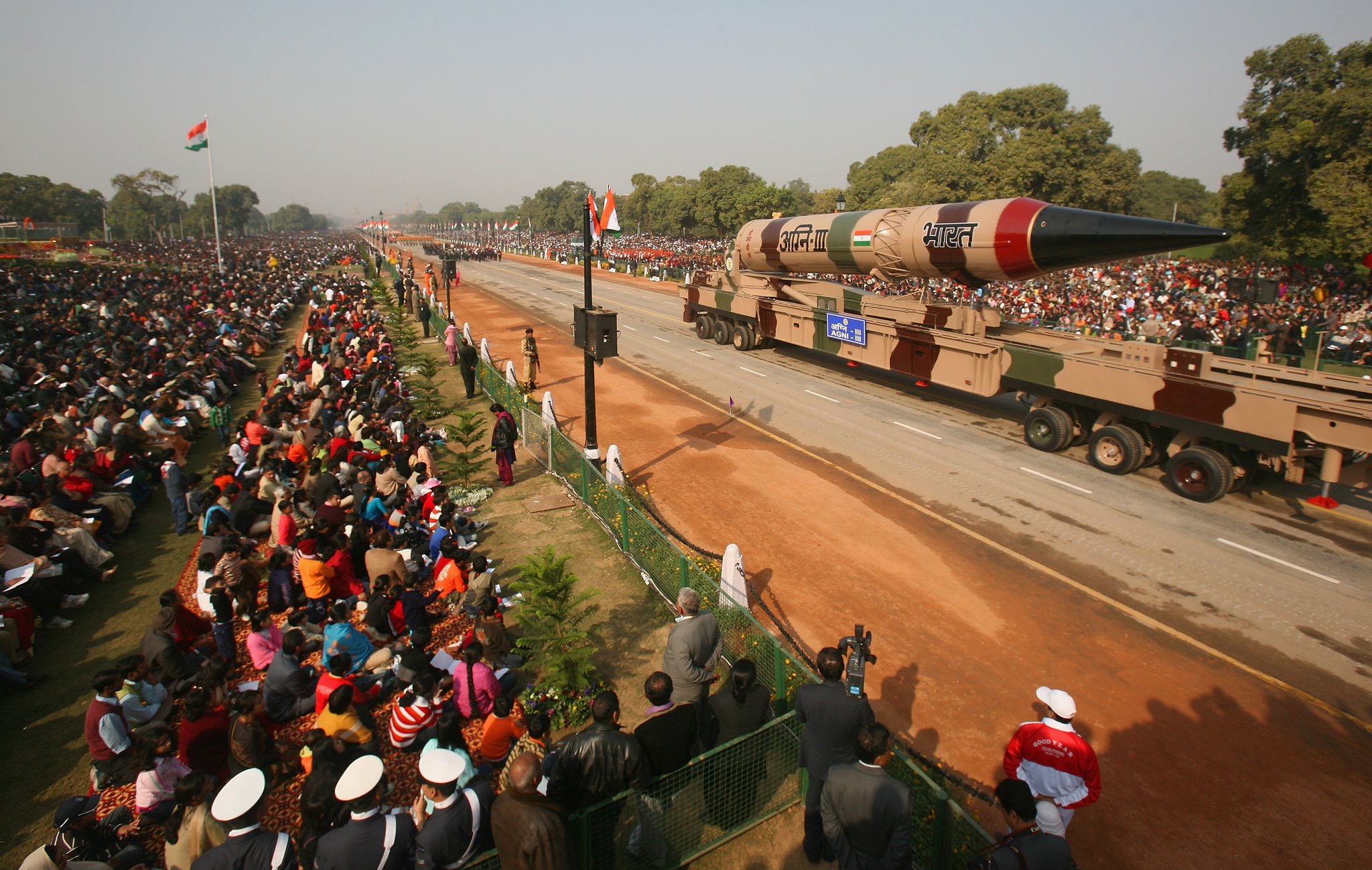 A nuclear-capable missile was displayed in the Republic Day Parade in New Delhi in 2009.CreditDaniel Berehulak/Getty Images

New assessments suggest that India is considering allowing for pre-emptive nuclear strikes against Pakistan’s arsenal in the event of a war. This would not formally change India’s nuclear doctrine, which bars it from launching a first strike, but would loosen its interpretation to deem pre-emptive strikes as defensive.

This comes against a backdrop of long-simmering tensions between India and Pakistan — including over state-sponsored terrorism and the disputed territory of Jammu and Kashmir — which have already led to several wars, the most recent in 1999.

The new interpretation would be a significant shift in India’s posture that could have far-reaching implications in the region, even if war never comes. Pakistan could feel compelled to expand its arsenal to better survive a pre-emptive strike, in turn setting off an Indian buildup.

This would be more than an arms race, said Vipin Narang, a Massachusetts Institute of Technology professor who studies nuclear powers.

“It’s very scary because all the ‘first-strike instability’ stuff is real,” Mr. Narang said, referring to a dynamic in which two nuclear adversaries both perceive a strong incentive to use their warheads first in a war. This is thought to make nuclear conflict more likely.

It would also change India’s likely targets, in the event of a war, to make a nuclear exchange more winnable and, therefore, more thinkable.

Analysts’ assessments, based on recent statements by senior Indian officials, are necessarily speculative. States with nuclear weapons often leave ambiguity in their doctrines to prevent adversaries from exploiting gaps in their proscriptions and to preserve flexibility. But signs of a strategic adjustment in India are mounting.