The diplomat, who just assumed his new office this month, flatly denied any such thing existed. He asserted:

“I do not agree with you that there is state sponsorship of such activity. Far from that, all citizens of Pakistan are equal in their rights under the constitution.”

Meanwhile in Pakistan, another tragic news was waiting for the country’s Ahmadiyya Muslim Community. A lawyer, prominent leader and president of the community’s Nankana Chapter, Malik Saleem Latif, was gunned down on his way to work this morning. His son narrowly escaped the gun shots. Mr. Latif was a cousin of Pakistan’s – and the Muslim world’s – first Nobel Laureate in Science, Professor Dr. Abdus Salam.

The lawyer was riding to work with his son when he was gunned down. 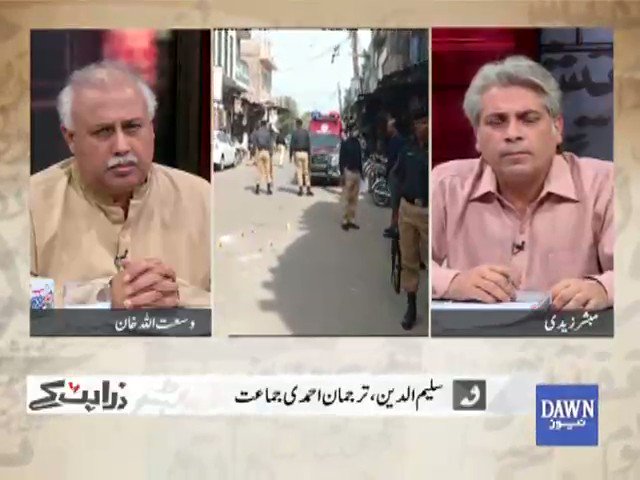 Advocate Malik Saleem Latif was a local leader of Jamaat-e-Ahmadiya at his home town Nankana city.

Ahmadi Muslims remain a favorite target of extremist elements and militant outfits in Pakistan. Many clerics habitually abuse the pulpit to spread hatred against them. Anti-Ahmadiyya conferences are freely held across the country, with many extremist clerics calling for the killing of Ahmadi Muslims. Consequently, the Taliban has killed hundreds of Ahmadis across Pakistan. Extremist mobs have attacked numerous Ahmadiyya Mosques, burned them down or forcibly taken them over. Even graves have not been spared, with news of exhumations and desecrations not very uncommon.

Role of the Pakistani State in the Persecution of Ahmadi Muslims

The State has played a very important role in this dynamic. In 1974, in order to appease the far right, the State forcibly declared the Ahmadi Muslims a ‘non-Muslim minority,’taking away their basic right to self-identity. Subsequently in 1984, then dictator, General Zia-ul-Haq, introduced a set of laws (ordinance XX) that criminalized the religious profession of the Ahmadis.

Under these anti-Ahmadi laws of Pakistan, Ahmadi Muslims risk facing a three year prison sentence for self-identifying as Muslim, reading the Quran, printing its verses in their periodicals, reciting the Islamic Creed (Kalima), identifying their place of worship as a Mosque, saying the Adhan (Muslim call to prayer) etc. Hundreds of Ahmadi Muslims (including three of my own uncles) have been thrown in jails, besides rapists and murderers, for their crime of professing the Islamic faith.

Take the case of 81 year old Ahmadi Muslim bookseller Shakoor Bhai, who sits in a high-security prison on an eight year sentence for selling books that had verses of the Quran in them. The state considered this crime so serious, it handed down an extra 3 years of jail under Pakistan’s anti-terrorism laws. Who says counter-terrorism isn’t effective in Pakistan? 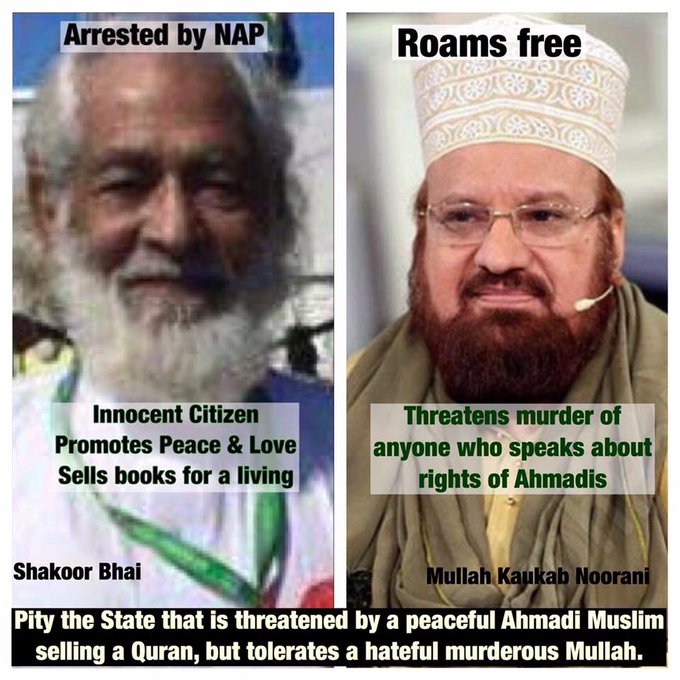 Another elderly Ahmadi, a distant uncle, is currently in jail on a similar charge, with no end in sight to his agony. 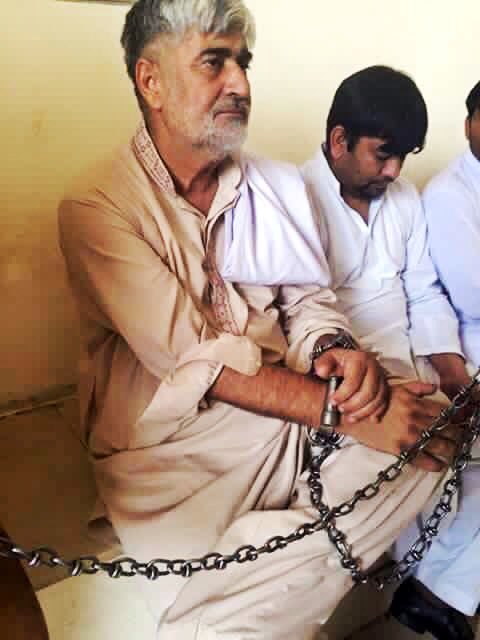 Uncle Mehdi – an Ahmadi Muslim -still in jail for printing verse of Quran in a journal. #AhmadiApartheid #Pakistan

Then, just a few months back, Pakistan’s ‘Counter Terrorism Force’ raided the national headquarters of the Ahmadiyya Muslim Community in the city of Rabwah, and arrested Ahmadi Muslims for “excessive use of Quran, Hadith and Islamic terminology,” all acts that are punishable in the eyes of the State. The fact that the State appointed its ‘Counter Terrorism Force’ to carry out this operation adds an extra layer of absurdity to an already absurd situation. The U.S. State department condemned this raid. 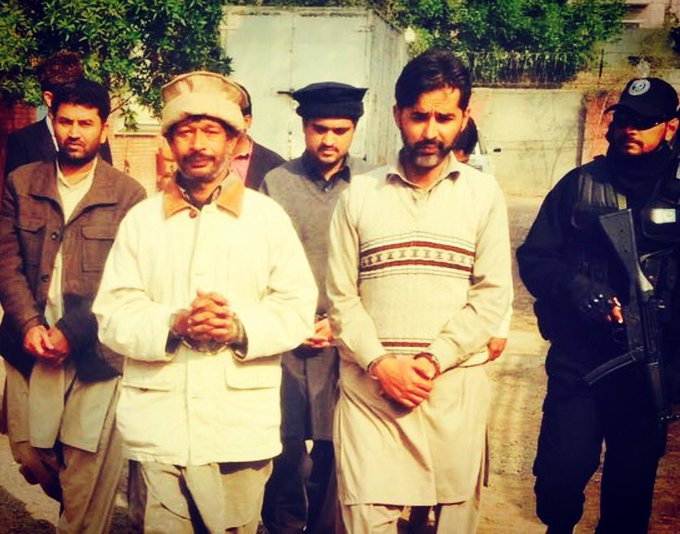 Pakistan has a special registry for its Ahmadi citizens. Every Pakistani who applies for a passport or an ID card has to sign a form insulting the Founder of the Ahmadiyya Muslim Community.

In #Pakistan, anyone applying for passport has to declare#Ahmadi #Muslims and their founder as apostates.https://twitter.com/ziadzafar/status/843172448375848960 …

Ahmadi Muslims remain disenfranchised, unable to vote in Pakistan. As a result, they have zero political representation.

Ahmadis have also been denied the right to assembly. For the last four decades, successive governments have rejected their demand to hold an annual peace convention – the Jalsa Salana – in the city of Rabwah. Ironically, hate rallies across the country continue to take place with impunity.

The State has always paid heed to extremists’ demands with regards to the Ahmadis. Pakistan’s police has helped close down tens of Ahmadiyya Mosques, forbidden Ahmadiyya presses from printing books, and actively taken part in desecrating Mosques and tombstones. Even the tombstone of Pakistan’s Nobel laureate Dr. Abdus Salam was not spared. 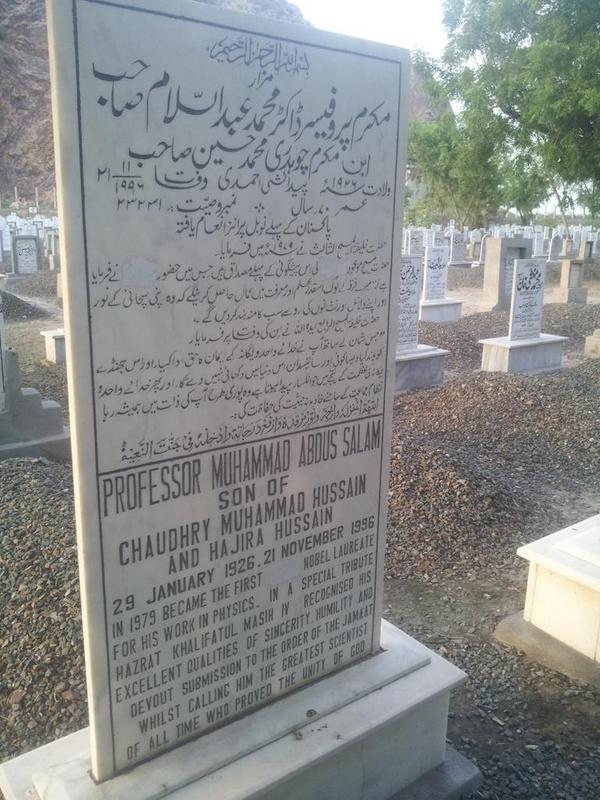 Pakistan has been extremely lucky so far, it has evaded any questions regarding these opprobrious human rights violations on the international stage. The closest it came was probably yesterday, when Ambassador Aizaz Chaudhry took questions at a forum organized by the United States Institute of Peace.

Ambassador Aizaz Chaudhry shamelessly refused to even acknowledge the existence of, let alone condemn Pakistan’s apartheid anti-Ahmadi laws. Mr. Moeed Yusuf, Associate Vice President of the Asia Center at the U.S. Institute of Peace, did not set the record straight either.

This flagrant dishonesty and blatant disregard for genuine human rights violations hits at the credibility of Pakistan’s foreign office, while insulting the cause of universal human rights and trampling on the dignity of a persecuted faith community.

The ambassador’s misleading response did not go unnoticed. Many rights activists called him out on social media. 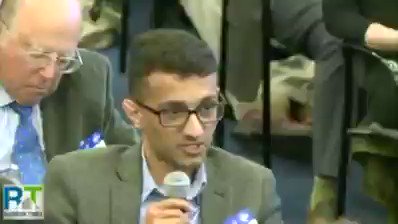 @PakEmbassyDC why are there still laws like ordinance XX then ? Why won’t the state let Ahmadi muslims call themselves MUSLIMS

the pak ambassador to US lied that there is no state persecution of Ahmadi Muslims (cc: Ordinance XX) yesterday, today an Ahmadi was killed

As Ahmadi Muslims mourn the tragic target killing of another Ahmadi leader in Pakistan today, their pain is only intensified by the State’s persistence in refusing to acknowledge their plight, let alone address it. Recently, Pakistan’s ambassador to the United Nations, Ms. Maleeha Lodhi, also made international headlines when she congratulated Mahershala Ali on his Oscar win, only to delete the tweet after realizing the actor was an Ahmadi Muslim. These attitudes raise serious questions on the State apparatus. Is Pakistan even serious in addressing religious extremism (harbinger of terrorism) when it is such an active party to it?

THE MORNING EMAIL
Start your workday the right way with the news that matters most.

It is imperative that the international community question Pakistani diplomats on their continued role in one of the worst state-sanctioned apartheids of this age. It is time that the ICCPR (to which Pakistan is a signatory), the United Nations, the mainstream media, and world leaders question Pakistan’s diplomatic missions, and its political leadership on the State-sponsored persecution of Ahmadi Muslims. The apartheid has been going on for over four decades. It is time we come together to stop it.